In yet another one of our interviews from Slam Dunk North, we had the chance to talk to Ben Liebsch, otherwise known as You, Me, and Everyone We Know before his first ever performance in the UK. After the disbandment of the band in 2011 and a battle with sobriety, Ben talked to us about getting back into the music industry, his personal and musical transformations and gave us an exclusive look at his plans for the band’s future. 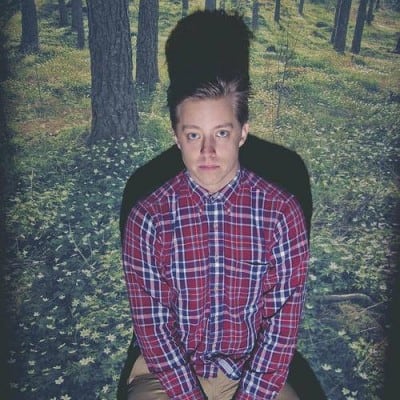 S] Welcome to the UK! How is everything going for you?

B] “Thank you. Everything’s going well. I slept a lot yesterday. Things are good as far as this trip itself, things are going smoothly. In life, I just got married a week ago. It was a very fun day, we roasted a pig. It was cool, very low-key. Outside of that, I’m just living and starting to get back to work as a musician. Sort of picking up where I left off.”

S] You’ve had a lot of transformations with the band leaving and personally with your sobriety. How do you think that reflects in your current sound?

B] “I’ve kind of always written about my life experience, I’m not writing edge anthems or anything now. The issues you have in life will always be there. The themes in my life are still there. I think I’m getting better at writing. The last EP I put out is some of my best work to date, I think. I’m looking forward to the full length that I’m going to work on writing over the next year, and I’ll get that out ideally around this time next year if all goes according to plan, of course. I’m just getting back to it. As far as transformations go, it’s interesting. We’re kind of the same people forever. I’m not drinking anymore, but I’m still bummed about certain things in life and that will remain reflective. Before I was sober, I could only write songs about being sad and the consequences of it before people are like ‘get some help, man’. We’ll see what the future holds, but I think people will still enjoy what I’m doing, which seems to be the case.”

S] The reception of your latest EP, ‘I Wish More People Gave a Shit’ definitely shows that people are still supportive and interested. The EP has a different sound and tone than some of the band’s older material. What are the biggest differences in the new EP for you?

B] “It’s definitely more outwardly focused than inward. With songs like ‘Better Men’, which is about rape culture, my life as been touched, unfortunately, several times by people who were sexually assaulted or raped. It’s one of the issues I feel most strongly about, but beyond that there’s a very large topic range for a four song EP and it is different. And there’s a little bit more weirdness going on, but I think that’s because I have nobody telling me ‘this is too weird, man’.”

S] You’re now doing acoustic gigs, like this one, with songs that were meant for a full band. How has that transition been for you?

B] “It’s been cool. I’m not by any means opposed to it. It’s an interesting experience because I’m a rather socially anxious guy and I tend to over compensate in life in an effort to not be like that ‘Woody Allen’ kind of guy. It’s been cool, they translate well, it’s how a lot of the songs get written. I’m not out there playing like six chord notes or anything, but I think it works. I think the songs lend themselves to being performed either way. I guess it seems to come off well. I’ll eventually be playing full band again in the next couple months, but it’s been a really fun experience to get to know myself and my fans and friends in that sense.”

S] Who are you most looking forward to seeing play today?

B] “That’s a tough call. My friend Bradley introduced me to letlive. last year and they’re very good so I’m interested to see them. From what I’ve seen of their stuff, their live show’s crazy and I’m always admirable of that.  Beyond that, Motion City Soundtrack, I’m excited to see Rob Lynch. Rob’s playing on the same stage as me. Me and him met at an I Am The Avalanche show in 2007 that I was playing acoustic in New York and he was like ‘yeah man, I’m in America for a few days and we saw that you guys are playing’ and now we’re playing together. I’m also excited to see I Am The Avalanche again, it’s been a long time since I’ve seen those dudes. We Are The In Crowd is always a good time, we toured with them years ago. A Loss For Words is a big band now, I’ve been out of the game for a minute. Last time I played a show with them was when they opened a tour that we played with Forgive Durden in Connecticut years ago. It’s great to see everybody doing so well, it’s just awesome. This is going to be a good weekend, I’m excited.”

S] What are your future plans for You, Me, and Everyone We Know once you get back to the US?

B] “As soon as I get back home, for three and a half days a week I will be working solely on getting the gears in motion again as far as operating as a full band, writing and recording. I’ve got plans for an EP later this year and then ideally a full length by this time next year. This is the first time I’ve talked about it publicly, so I’ m setting an open deadline for myself. I’d like to be back at it and in full swing by this time next year, by my next birthday.”