“I’ve always had the love for music ever since I was a child”, says Rob Galloway of the Yalla Yallas. Yep, today we’re revisiting the world of punk. Last time I saw this dude, he was leaping around the Fulford Arms in his boxers and thrusting his junk back and forth to a spontaneous cover of Liam Lynch’s ‘United States Of Whatever’, so hopefully this won’t get too awkward. It wasn’t a private show, just to clarify. “There’s always been music in the house. I’ve always sung along to records. Slade and Guns ‘n’ Roses, that’s where it started. I like watching artists with presence and attitude, that showmanship. When I get up on stage, I think about if I was in the crowd, what I’d wanna see. And I wanna see someone who is energetic and in your face.” That he certainly is, and having been extremely entertained seeing Yalla Yallas perform – no pun intended…actually, scratch that, no pun existent – We’re more than intrigued about the singer’s influences. “I like your political artists, your Joe Strummers of the world, your Trent Reznors. I like Guillermo Del Torro films in an art sense. I try and absorb everything and anything, and that’s what punk rock is all about. Having no walls and expressing your self the way that you feel. I wanna express myself in so many ways, I’m not just limited to punk rock.” 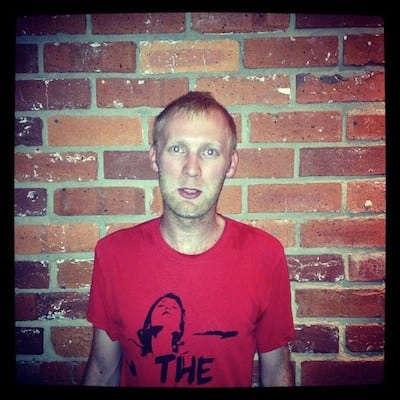 The dude isn’t limited by the societal rule of wearing clothes either, and that’s…good? I don’t know. Make your own mind up. But this madman goes as far as to take his shoes and socks off as well. “I play barefoot because I wanna be comfortable. When I write the songs I’m usually at home barefooted. To me the stage is a sacred place. I don’t wanna take my muddy boots up there. It hurts when I stand on glass and stuff but that just adds to the excitement. It’s a comfort thing.”

Aside from the occasional belligerent ‘Whatever’, Galloway certainly has a great scope for lyrics: “Lyrics are everywhere. Advertising, telly, news. News is a goldmine. There’s so much lunacy in the world. Every time I switch the telly on there’s a song. Then you’ll see a sun rising and get a different thing. There’s so much inspiring me at the moment.” And how does it manifest, we ask… “The start point is always the same. I get a moment of inspiration, then it’s about which instrument I get to first. What I have at hand. That shapes where I’m heading. My mood too. Angry or sad or happy. Everything affects it. No one really knows what kind of mood I’m in on stage. It’s that Axl Rose syndrome.” Oh God, don’t call it Axl Rose syndrome. I suspect there isn’t a single pro about that. Then again, we’re talking about stage presence, and I highly doubt Rob Galloway would refuse to get up there because he hadn’t been served roast chicken, or whatever the fuck it is that Axl bails on shows for nowadays.

Moving on from that we scoop our hands into the grit and ask that fateful question. London. Is it the place to be? “If you’re a careerist.” Rob replies. “I’ve been advised a few times to move there, and I’m not prepared to do it. A record label was saying, ‘you need to be in London, you need to be active and available,’ and I’m just like “If you give a shit you’ll come up to Leeds to see us.”’ That’s certainly Liam Lynch-esque talk. All it would take to make the lyric whole would be…you get the picture. So yeah, whatever. “It doesn’t matter about impressing a bloke in a suit in London, it’s about where you’re prepared to go. Your home’s your home. I love Leeds, I won’t move away. I’m happy to play a gig in London on a Saturday night, I’m happy to be available. But that’s just me. I don’t want the fame. I just wanna have a good time and be true and honest. I’d rather never make a penny out of music again than have some suit make a pound out of me.” The Axl Rose thing has surely melted from your mind after reading that. But if money isn’t the goal, what is? “You meet beautiful people at gigs. They keep you social, and that’s my reward. I’ve met some diamond people.”

Moving location isn’t the only thing people are demanding nowadays, there’s also the embracing of social networking, which in my opinion, is a massive pain in the arse that we’re all going to have to get used to, but nobody’s interviewing me so I’ll shut up immediately. “Yes, have a presence online, and work hard at what you do. But enjoy what you do. If you’re passionate about what you do, you’ll find the people. You might find a guy with a camera that’ll film you because he wants to, or a producer that wants to produce you because he’s interested in what you do. But more importantly, you’ve gotta be a good band.” 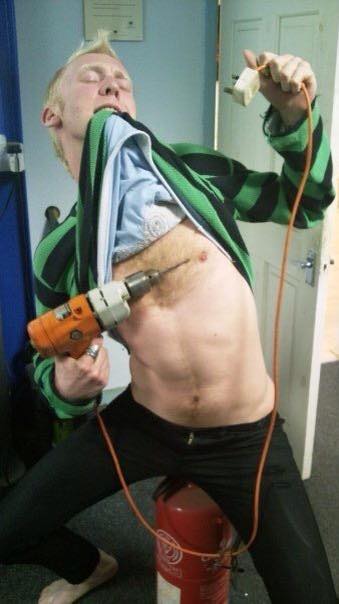 We finish our chat by looking to the future of Rob’s various projects. “I’m going on tour as a solo artist, and I’ll be doing acoustic covers of Yalla Yallas tracks, my own songs and just having a good time. But I’ve had a third Yalla Yallas album written for a while now. We wanna practice that, and we’ve already had talks about how we’re gonna record and release it.” Wooh, tell me more. “We wanna do something really sinister and dark and angsty. That’s my dream. I wanna get this third album out there.”