The music of New York City-based Industrial act Android Lust will seduce you by sending a shiver down your spine. The chilling vocals of Shikhee have become well-known at an international level in the States within the alternative scene. It probably also helps that the NCIS character Abby is a big fan and plays the band in her lab regularly on the hit show.

We had the chance to interview Shikhee about her music and the inspirations behind the beautiful-yet-chilling racket. 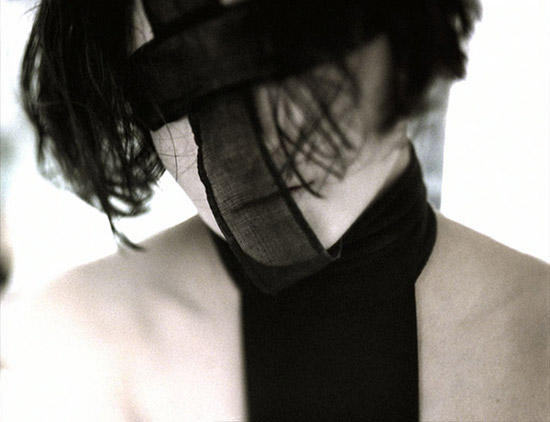 “I’ve made it a priority to learn to relax, I was seriously burning out and that was my wake-up call”


S] Your songs are particularly personal, but we were wondering if the people around you in NYC influence the way that you write?

Shikhee] Oh yes! Some people more than others of course. I Won’t name names, it depends on the interaction and the intensity of my reaction to them or a particular event.

S] How do you write, do you have a favourite place or location, if so why?

Shikhee] I primarily write in my studio. If ideas pop into my head while I am out, I tend to use a notebook to jot things down, or if it’s a melody I repeat it in my head until hopefully I can recall it again at a later time. I’ve also been carrying around a portable recorder for found sounds.

S] If you ever get the chance to come over to the UK; what are you looking forward to most?

Shikhee] Fish and chips! There are a couple of places in New York that are damn good. But still [pause] not quite the same. But seriously, just playing in a different country would be awesome! Getting out there has been difficult mainly for the amount of gear we carry, and also since we have no European label support, budget is a big issue. We have no label support for touring in the US either, but it’s been manageable since we don’t have to worry about airfare, customs, visas, eccetera.

S] Android Lust has always included a very powerful visual element – can you tell us about how you plan to expand the visual side of AL this year?

Shikhee] We have talked about including interactive video, as well as more lights, and stage props. But the video side in particular is something I am very interested in. For our last tour Chris from I, Parasite programmed lights for our entire set in about one week. I thought he’d go insane. In fact, I felt I was losing my mind after a few hours of working with him on that in a dark room with constant flashing lights in our faces. But he persevered and programmed a killer light show for us. He’s been all about doing backing video for Android Lust, so hopefully we’d get to incorporate it next. We’ve also talked about props for stage. But we’re a four person unit on the road, and time is always tight when we are setting up and soundchecking after driving for however many hours between shows. So props may be harder to pull off without a dedicated crew.

S] As much as you can, can you tell us about how the new material is coming along and what direction you are taking?

Shikhee] I started writing immediately after our 2007 tour, and then a whole lot of stuff happened and I had to deal with that before I could clear my head enough to be able to write again. But I think so far this album sounds a lot more cohesive that the last two. This time, I am also just writing first and worrying about producing later, which is totally foreign to me. I’ve always produced and recorded at the same time, so this songwriting first is kind of a throwback to when I started writing originally. Still recognisably Android Lust I think, but with a bit of a sleazy rock ‘n roll vibe to it. 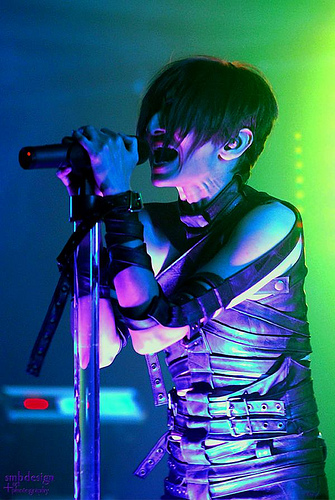 S] You seem to be a very focussed musician, you seem to get totally involved in the music both when producing and performing live – how do you relax, if at all?

Shikhee] Since last year, I’ve made it a priority to learn to relax. I was seriously burning out and that was a wake-up call. That, along with a lot of personal issues forced me to re-evaluate my approach to how I was living my life. I took up photography last year. I just go out shooting now on some days and it’s a lot of fun. I love it. I also started doing yoga, qigong and meditation.

S] As someone who has seen Android Lust develop from day one, and since you do everything – as much as you can, can you tell us how the music’s development has seen you personally develop along with it?

Shikhee] It’s an ongoing process but I think I’ve become a lot more open and accepting of myself. I used to feel that I needed to prove myself constantly. I think writing The Dividing freed me from some of it because it was a departure from my original sound, and a lot of people hated it. I learned that I didn’t have to please everyone, not that I ever could, but I felt that weight lift.

S] You really give it all as live performer; can you tell us if there is a certain element of catharsis that you experience taking the material out live – almost like breaking away from the studio?

Shikhee] Definitely. I love being on stage. Singing and performing have got to be my absolute favourite things. I feel uninhibited on stage. I am 100 per cent present. Also hearing my live band playing the music is a total high for me. It’s amazing to have these talented musicians playing the music I wrote and in turn, see them breathing new life into the songs. It feels unreal. I feel very grateful and at the same time totally right and that this is how it should be.

S] What is your biggest visual inspiration; is it in media, film or art and can you elaborate as much as possible?

Shikhee] I’ll have to plug my friends Paul Komoda and Dan Ouellette. Before Paul moved to LA, we used to hang out in New York and he’d always have his sketchbook with him and it was awesome to see. He’s just fucking brilliant. Dan is also an amazing artist. I sometimes feel a kinship with his drawings because I am almost as boney. Dan also introduced me to Beksinski’s work. The last time I saw a film that seriously moved me was The Fountain. And the score was so incredible too. I got the soundtrack immediately after leaving the theatre.

S] You are planning to re-release ‘Evolution’ in some form soon, as much as you can, tell us about some other major plans you have this year?

Shikhee] Yes. I am planning on releasing the ‘Resolution/Evolution’ box-set this year. I’ve been digging through the archives and came up with enough stuff that’s going to require a third disc possibly. I might do a DVD of some video from that era too if I can gather all of that material. I even found songs I almost forgot I wrote. Along with that I am continuing to work on the new album. I Hope to get that wrapped up by this year as well.

S] How has your attitude to music, promotion and the industry changed since you began writing?

Shikhee] I used to feel quite frustrated at the piracy and sliding music sales. But I did a 180-turn in my attitude towards this recently because I finally got that there’s nothing we can do to change it. Me being frustrated only hurts me in the end. But we still need to come up with ways to be able make a living. It’s a challenge, and it is a true democracy. It’s exciting and scary at the same time. I think it’s about bringing people into the fold and engaging them and making them part of the process. Imogen Heap is a great example of doing that. She’s been inspiring me quite a bit. 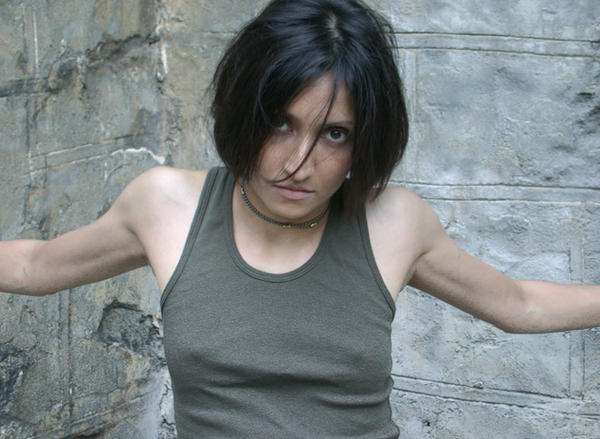 S] People who watch NCIS will have heard your music possibly without knowing it in Abby’s lab – if you could re-create a soundtrack (using your music as Android Lust) for an existing film or TV show what would it be and why?

Shikhee] Ah, you know, I need to get a TV at some point. I haven’t had one since 2001. But I think Pauley and the music supervisors are doing a fantastic job of choosing music for the show!

Check out the video for ‘Dragonfly’ below: