Since they burst onto the scene in 2010, Antlered Man have been exceeding expectations and causing chaos in a fit of toxic, explosive insanity. The band are hard-working as ever, and after another in a long line of tours, they are also working on a second album, with a distinct style that further mashes the madness with the melody. We got a chance to chat with Antlered Man’s vocalist Damo Ezekiel Holmes, about Buddhist soup, Frankenstein’s monster and their future as one of the most exciting UK bands around today. 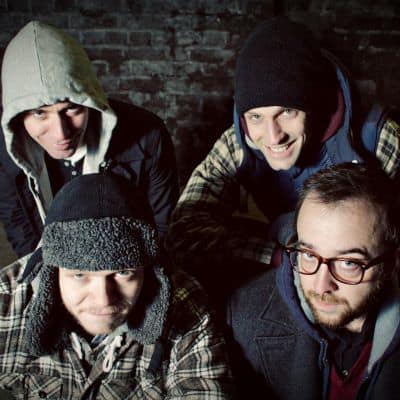 One thing that is truly humbling is talking to a band, that have quickly gained so much positive attention, and still remain so down to earth. This is definitely the case with Damo, and quickly the interview melted away into a chilled out conversation. It’s both relaxing and reassuring to put such a positive, easy going mind behind such a thriving, dynamic band. But chilled out cannot be used to describe the group’s mentality when at work, and the guys recently completed a six month tour, spanning from last July to December, and are now readying themselves for another tour early this year.

So question one. Are they as excited as we are, for 2013? “Very. It feels like we’re not long got back from our previous tour, and that was a big one. We were talking the other day and someone mention something about 2011, and it seems like fu**ing years ago. Time flies [well, it was two years, Damo! -ed].”

It certainly does when your travelling from gig to gig over the space of just a few months, that’s for sure. The band are dedicated to the cause, and have had a lot of positive media attention, not only because of their amazing and inimitable style, but because of their dedication to live performance. “We all love touring, we know we’ve got a lot of big dates ahead of us. We hate turning down shows. Unfortunately we do miss a few venues so we try to go back out on our next big tour.”

The band have a lot to be psyched about. 2013 is year of the Antlered Man, with more shows, more releases, and a more finely tuned, distinct style. “We had even more offers, more places to play, but we made the conscious decision to work on the album next, to add a bit more to the repertoire. Its the power of having a new album. You can see the bigger bands, with more material, they have a bigger palate to choose from.”

On top of that, the guys have a match made in heaven (or heck?) with Cooking Vinyl, who apparently give the band a tremendous level of support. “When you start a deal, you realise this is where the work starts. As a small band, if you fu** up, it’s on you and it comes out of your pocket. When you get signed, there’s a lot more pressure, a lot more people concerned.” Luckily, the band have found a comfortable collaboration with Cooking Vinyl, and say there is no conflict when it comes to the band’s output. “We are really lucky because it’s a great fit, and they’ve been really supportive of our style.” It seems that everyone is in agreement about the importance of being allowed creative independence, and Antlered Man are some of the most creative out there. “We need to just do our own thing, and we’re really glad to get support to do what we want.”

Earlier this year, one Facebook post from Antlered Man read “Dear 2013, Antlered Man would like to own you. Please respond within 12 hours or prepared to be boarded and taken by force with musketoon.” True dat, because already the band have huge plans for the year, including the recording of their upcoming album. Damo speculates on going to Belfast to record. “We’re going to be working with Rocky O’Riley, we love his production, we’ve talked quite a bit and we are definitely on the same wavelength, we propose something and he literally finishes our sentences. He picks up on really interesting aspects of our music. Plus, there is a great music community in Belfast and it will be nice to get involved in that.” With an intense and spectacular range of songs already at their disposable, we are incredibly excited to see what direction the bands new material will be. “Our early stuff was a collection of loads of crazy ideas we all contributed, and that was a bit chaotic. This one is a lot more focused and detailed. We are playing with a lot of new things, and trying to solidify our sound, and we mix a lot of melody with a lot of big heavy stuff.”

Sounds literally, and we don’t like to overuse this word [but we do, don’t we, James…really? -ed], epic. So what song from the upcoming album does the band themselves feel defines them best? Is there another huge ‘Platoon Uno’, a fundamental track that epitomises the band’s new sound? “Yeah, one we recorded before, called ‘The Ballad Of Porno Falseleaf’. It’s really big. It’s one of our opening tracks, it defines us, and gets good feedback. We sort of open up with a track like that live, and if people like that, then they will definitely like our other stuff.” Have the band really been  experimented with new elements? “We have mixed in touches of hip-hop in the new stuff. I mean, it’s not Limp Bizkit, we don’t take it too far. We’re subtle with aspects of everything, like we’ve been defined as political, at times, and I agree, but were not like quoting Karl Marx or anything, we introduce aspects of everything.”

Listen to the lyrics, the Mike-Patton-esque vocals, the bass that is nearly comparable to legend Les Claypool, and it becomes clear: there is method to the madness. We wanted to know the meaning behind a couple of the band’s finest efforts. First of all, the punk and whistling-infused ‘Buddhist Soup’. What inspired the tune? “To put it nicely, it’s about how everyone are fu***ng ar***oles a lot of the time, there is not much love going round. It’s one of those tracks, we’re slagging ourselves and everyone off. Yeah we know were cu**s, let’s just enjoy it.” And we were also curious about the irreverent and powerful Mr Runner-up Teenage Bloomfield? “That song is all about being second best; it’s a track for the underdog, and we wanted to get that point of view across, about a lot of people who miss out by being judged as second best. It’s actually taken from an episode of ‘The Sopranos’, which was a cool in joke.”

And finally, we get creative, asking Damo the Frankenstein’s Monster question: if your band was made up of parts of other bands, what would make up your style and influences. In short, we got one of the best answers we have received EVER here as Soundsphere HQ. “Right, I think we’d have the head of Mike Patton, for the melody, I think we would have the left arm…of Mastodon. And the right arm and torso of The Melvins. Then I reckon the groin and the arse cheeks of Dillinger Escape Plan. Erm…one leg Mr Bungle, even though I already covered Mike Patton, and….one leg Pink Floyd.” 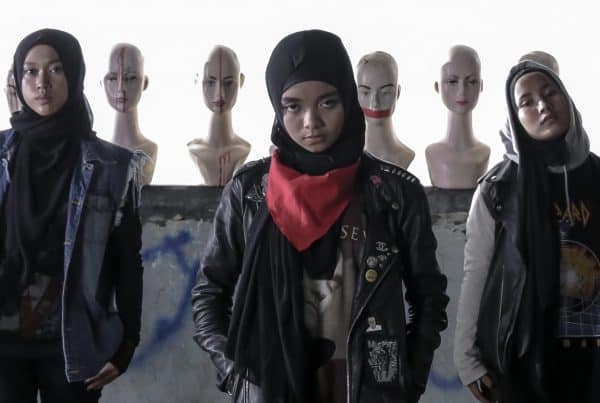