For our next artist spotlight, we speak to guitarist Jack Beavers of York-based progressive rockers Astrae about his band’s influences, ideas and plans for the future. 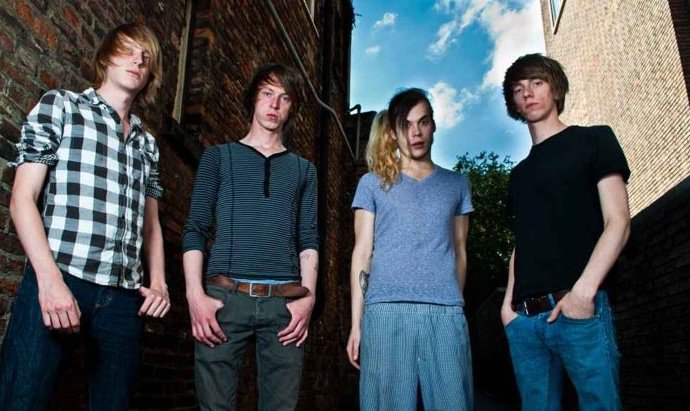 “We believe that the band is now truly complete”

S] What inspired you to release your most recent EP ‘The Open Heart’ for free?

JB] “Reflective of the modern music music industry we decided that if people wanted to acquire our releases free of charge they could do so illegally, so we thought why not just give it to them ourselves. Everything we release independently will be available free of charge from our website.”

S] Where have you been recently and what are the plans for the rest of 2011?

JB] “We’re in the middle of recording our full-length debut at the moment, due out in October. We’re really excited about it as we’re recording it with our new bassist Matt. As soon as it’s launched we’ll be touring like hell.”

S] The sound amalgamates elements of electronic, progressive and rock influences – what prompted the decision to bring those elements together instead of sticking to a more “basic” formula?

JB] “It doesn’t really work like that for us. there’s no decision-making towards any sort of direction.”

S] What about the York scene at present – what is your opinion on the music coming out of the city?

JB] “It’s very easy for good bands to slip under the radar. Independent labels don’t have anywhere near enough money to take a risk on genuine music.”

S] On that subject, what are your biggest challenges as a group based in York currently?

JB] “York can be quite a murky and disconnected place for a rock band like us. We have had great difficulty establishing a movement of similar sounding local artists. We were ecstatic when we discovered Surprise…Fire; they were the first local artists we thought we could make movements with.”

S] In terms of the songs – do you write together in the studio, or do you find inspiration individually from other surroundings and people?

JB] “Our studio moves with us wherever we go so in that sense we do write together within it, however we believe any good idea to be worth pursuing so everybody contributes to the song writing process.”

S] Can you talk us through the inspiration and ideas behind ‘Maturin (The Great Turtle)’ – it’s a nice title but has a very dynamic structure and reflective tone as well?

JB] “Maturin formed during an incredibly difficult journey for us all: line-up changes, drug addiction and severe injury had all but torn us apart. When we began making music together, we realised that every so often we would all have the same dreams at night. What we now know as ‘The Great Dream’ truly saved our band. It taught us our place in the world, that is what our song ‘Maturin’ details.”

S] How do you enjoy playing live in contrast to being in the studio?

JB] “Live performance can be the true reward for doing what we do, sadly (as of yet) our path has lacked any really substantial opportunities. Our studio mentality is completely different, we approach recording in the same way a painter would a blank canvas.”

S] How will new material develop upon previous work in terms of the themes and overall sound?

JB] “Aside from jumping format to a full-length LP release, we have grown considerably as a band, both in our concepts and our execution of them. We believe our band is now truly complete with our current line-up, the album confidently reflects this new unity.”

S] What are your other plans for the future?

JB] “The first single ‘Collapses’ from our debut album will hopefully be out in a couple of months’ time – all details will be posted on our Facebook page and our website. This will preceed our first full-length recording and will of course, be available free of charge online. We aim to begin touring extensively as soon as the album is released.”

S] Your random question – if the soundtrack of any film could be lifted and replaced with your music, what film would you pick and why?

JB] “We would revel in the opportunity to write scores for films, though we would never want to change or alter any original soundtracks, they are as important as the visual aspects in any great film. However, if history was different and we had been given the opportunity to score the original ‘The Shining’ or David Lynch’s ‘Eraserhead’, we would have crafted something special.”