Blind Before Dawn have been a standout act in the Northern Goth and Industrial scene for a decade now, we had the chance to speak to the man at the heart of the music, Davi Lovatt, to discuss the bright future for this rejuvenated outfit and how it has taken him to the very brink, and back again.. 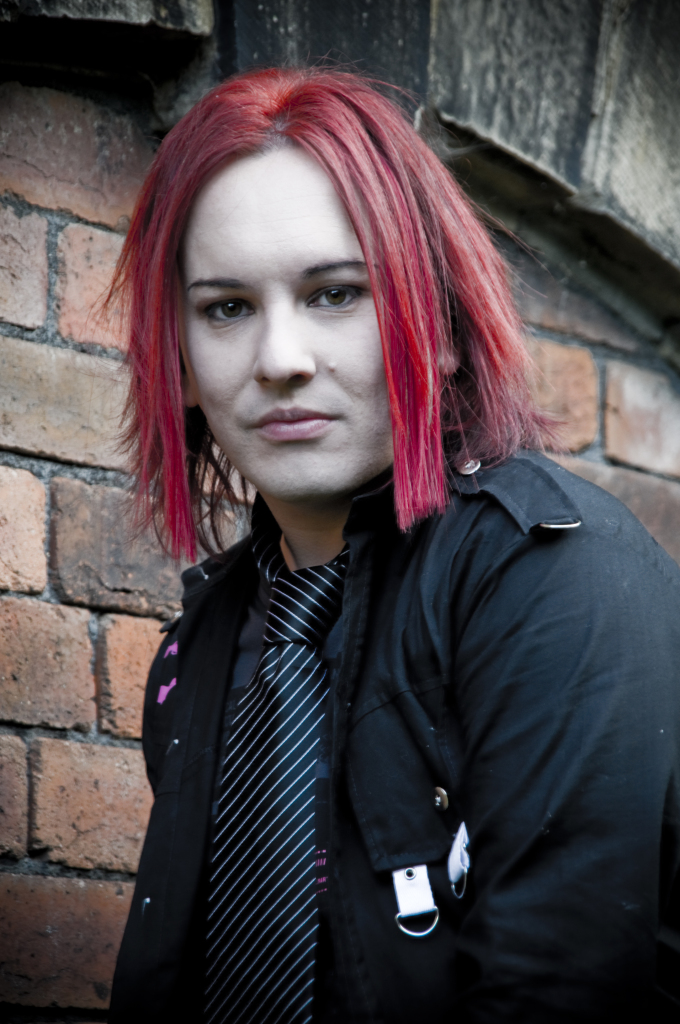 D] The release of our new album “Regress / Progress” that we’ve been working hard on finishing up lately. It’s an album that is something of the best moments of the first 10 years of BBD. Stephen from Rebco / Mandrax Industries – suggested us making an album for his label that summed up the best songs of BBD in a progression from our early work up until what we’re doing right now.
It was a lot of good fun to go back and tweak those old songs. There was a lot of stuff that I found myself cringing at – but some real gems that never got fully completed and have been definitively recorded.
With “Regress…” we also took the best of our first official album “Distance” and remastered five of the best songs for the new album, along with the single version of ‘Breaking The Haloes’ and as bonus tracks we had two reworkings of remixes by Rezumaki and Cryogen Second.
There’s also three new songs that involved our newest member Mat – these brought less orthodox methods of recording in and in turn have helped us to re-invent our production and songwriting slightly without sounding like a different band. The inclusion of a vocoder for example. Aside from that there will be a reworking of ‘Samui’ that might appear on some compilations and at a later date on our remix album in the works, titled “RE:Workx “.

Plus we are going to undertake remixes for other bands – starting with a remix of ‘Seelenkiller’ for our german friends Schwarzes Fragment. Who are excellent!
Then we’ll really go over the top with our merchandise- maybe make some BBD pyjamas and duvet covers or something! [laughs] But seriously I think a big priority for us is to start getting some festival appearances as soon as possible, and just keep playing live as much as we can without burning out.

S] How long have you been working on the project for and how did you learn your vast knowledge of electronics?

D] Well I think there are people out there who know more about electronics than I do – I just like playing with VST and strange sounds. BBD has been on and off for 10 years – but has been “on” for at least two to three years now. A decade goes by much quicker than you might think when you are creating music.

S] Why did you decide to blend these electronic elements with guitars and create a heavier sound?

D] Mostly as a way of getting away from what I’d been doing (or forbidden to do) in my previous band SorrowS Of Isis. SorrowS was about more complex guitars – but I think the main problem with that band, was that it was so complex that we couldn’t really write tunes like I do with BBD. It was more technical on the whole. Guitars work well with electronics – it’s a shame that more bands don’t realize – without it you are just synthpop or purist EBM I think. Guitars make for a fuller sound, look good onstage,and are great fun actually. BBD did have a period for several years where we hardly touched on guitars – as you can hear, the majority of the “Distance” album really was evident of this. All members of BBD are guitarists to some extent or other – so it was inevitable that we would end up going in that direction.

S] Your songs, even without lyrics are pretty emotional, and the sound is very heartfelt, which song means the most to you on a personal level and can you tell us why?

D] Thankyou for the compliment. A song that could possibly appear on our next album after “Regress..” called ‘Last Goodbye’ – it was my way of cutting myself off from a very important but negative aspect of my life. It was the strength of that song that brought me back from the edge of the brink i was teetering on at the time. I’m happy to say it was very therapeutic.

S] You are incredibly well travelled as a band – can you explain to us what your favourite live experiences at home and internationally have been?

D] Playing abroad I would say my favourite memory was probably of playing Sputnik Festivalen in Sweden. We were all rather drunk, free champagne, hanging out with many bands, and our ex guitarist puking up backstage because it was his first gig.
Playing at home I think that the two most happiest, all round fun loving and socializing shows we played were at Pitch Black in Burton, and The Giffard Arms in Wolverhampton – as we were really welcomed at both shows.

S] We assume that you are used to working on your own, are you a control freak and does it feel like a relief now to have others to work with when developing the BBD sound?

D] [laughs] Well I won’t deny I like to be the dominant one in the band – there HAS to be one in the band – or else nothing will get done, I think. I don’t think it is a RELIEF to have Mat and David in the band so much as just feeling more like a band than a project – sure I enjoy that there are other people helping out – but it’s not like BBD is so burdening or I’d not do it. Since Mat joined the band it’s really helped expand our sound – he has a good ear for melodies, good ideas and makes us somewhat more contemporary I believe. Plus he has a wicked sense of humour – so I’m not so sour faced now. 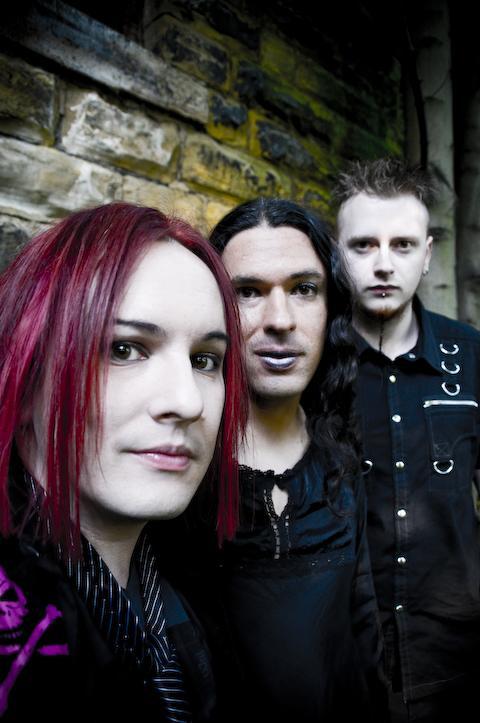 S] What do you think about the Northern Goth scene in contrast to the Southern, is it thriving at the moment?

D] In terms of playing shows – we’ve not played down south enough to really comment on that – let’s just say that London is very competitive and you think you will always get a crowd because you’re in a city of seven million people – wrong! Well, playing The Unicorn proved that. A shame because it’s a great place. I think that more bands come out of the north- we lost that to the south in the 90s with bands like Children On Stun, and a bunch more. It seems that Leeds is undergoing something of a renaissance. When I see so many gothic nights there – it’s really encouraging. I wish people in Manchester would follow that example. Most of the leading UK gothic bands do seem to be from the Midlands and the North these days – Cybercide, Deviant UK, Uninvited Guest, Dyonisis,and hopefully us!

S] What has been the hardest time in the bands history to date, and how was it overcome?

D] My having a breakdown at one point put BBD on hold for nearly two years. That and unstable line-ups with people who you have to whip into shape. Personally I feel the happiest I have ever been with BBD right now – and I think that our signing with Mandrax Industries really helped – because it was getting to a make or break situation after a decade without a “real” album release. I think things will be easier from now on.

S] How do you feel you personally have progressed and developed through your music and BBD?

D] I would like to think that I have improved as a producer, songwriter and singer since those early days. It’s also helped me to become a more responsible person.

That’s good then! For more information on the band’s new releases and to check out their fresh take on Goth music (incorporating a mighty electro punch) please visit the Myspace link.