Spotlight: Bombs Into You

Home » Spotlight: Bombs Into You

You probably don’t know about Bombs Into You, but you really should. Their decadent brand of electronic rock sound is packed with a heartfelt intensity and is spearheaded by the unique vision of three men from Portland, Oregon in the US. After feeling inspired by their music, we wanted to share words with the group’s vocalist Jared Jensen to discuss BIY‘s influences, their local scene, the future and more. 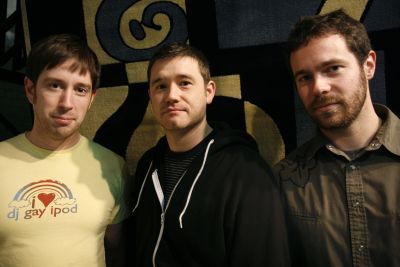 “We should just move to Europe for a while”

S] ‘Nearly’ has to be one of our favourite songs of the last five years, what personal experiences and ideas inspired this track?

J] ‘Nearly‘ is mostly about feelings of inadequacy, status and wanting to be more than you are. I tend to come back to that kind of thing a lot in my lyrics. I leave personal experiences out of it, but ‘Nearly‘ can be difficult to play live at times – just getting my head in the right space for that song is weird.

S] How long did it take you to write ‘Metaphorically Yours [Vol 2]’ and what were the main themes and ideas behind that record?

J] It took only a few months to write ‘Vol 2‘, we were pretty excited and artistically motivated to get going on it after ‘Vol 1‘. And, ‘Vol 2‘ is short, so that helped too. It felt personally vital and came together pretty naturally. We had released ‘Vol 1‘ in February, and were done mixing ‘Vol 2‘ in June of last year. As far as themes go, it’s a little all over the map. I tend to write about relationships, and then veil those experiences with political arguments. For me, each song is pretty separate, there’s no real narrative as a whole, but once we finished the record and I was able to step back I realised how connected the songs were. There are some religious and political overtones throughout, and I used a lot of ‘she’s’. The ‘she’s’ made me a little nervous after it was over, I didn’t want to come off as misogynistic or anything. But it is what is – hopefully people can find different perspectives if they want to mine through it.

S] How will the next material expand on those ideas and move the BIY concept forward?

J] The next record is shaping up to be a little less veiled thematically and lyrically. So far what I’ve written is pretty personal, even more so than before I think. It’s a bit freeing. It also feels good to shed ‘Metaphorically Yours‘ – I’m really proud of that phase for BIY, but we’re definitely ready to move on. Sonically, the next record will feel like a progression, I think. We haven’t fully tapped out our ‘sound’ yet, it’ll be different but not some massive sonic shift – we’re not going to do a techno record all the sudden or something like that.

S] What would you enjoy most about coming to the UK if you got the chance to come over?

J] Good lord, that would be really fun. The response to our work from the UK, and a bunch of places in Europe has been really encouraging, it seems like people get us there. We should just move to Europe for a while. There’s so much great electronic music that comes out of the UK that I’m inspired by as well. Someday, when record labels aren’t dead anymore, and when we’re on some sort of payroll we’re going to make a European tour happen – stick with us!

S] What has been the biggest challenge you have had since starting out and how did you overcome that?

J] Getting the right people in the band was a difficult process. When you’re starting out it can be hard to find solid musicians with good ideas and low drama. Now that we’re more established it’s easier to find quality people, but our initial band personnel and charisma was a bit challenging.  Now, we have a pretty well-oiled machine, and a solid live show that we’re very happy with. 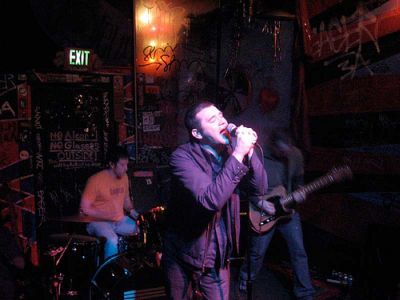 S] What keeps you inspired on a day-to-day basis as an independent band?

J] This is just a really difficult climate for people that really want to make art – there’s so much going on, so much chatter, meaningless bull****. That said, I’ve been really excited by the amount of great music that’s out there these days, and the fact that everyone has access to it is pretty cool. I feel like the corporate structure’s disintegration has lead to more creativity and better music all around, at least in the indie music world. Unfortunately, very few people can make a living – I guess that was true before though. We live in Portland, and this place is just saturated with live music, bands, and venues. It can feel really exciting and really frustrating at the same time.

S] What has been the band’s defining moment thus far?

J] That’s a really tough question. I don’t think we’ve had a defining moment yet, but every time we play a live show it’s pretty defining I guess. I suppose the reaction to

‘Nearly‘ has been a pretty big high point for us, people from all over the world were e-mailing us and wanting us to come and play their town – that’s pretty sweet.

S] When you are writing a song, do the lyrics come first or the melody?

J] Music usually comes first. I write a lot and sometimes if I need ideas I’ll go back to the notebooks and see what’s in them, but the lyrics are always tailored to the melody and music.

S] How do you prefer forming your material live in contrast to within the studio?

J] Whatever works in the basement. Some songs you record and they just don’t come out the same way live, so you either restructure or ditch them. Most of our material we actually don’t play live, but almost everything takes on it’s own life live and changes over time. Our drummer plays to a click and we have sequenced material going on a separate track, so each song is the same tempo every time – it can get boring quickly. We try to shake songs up a lot if we get sick of them, or just write something new and stop playing certain things for a while. You’ve got to keep it fresh.

S] What are the band’s biggest plans this year?

J] To start with a new record! Then we’ll probably take over the world one iPod at a time or something like that! I’m also working on a little side-project that I’ll be announcing a little later on our website. 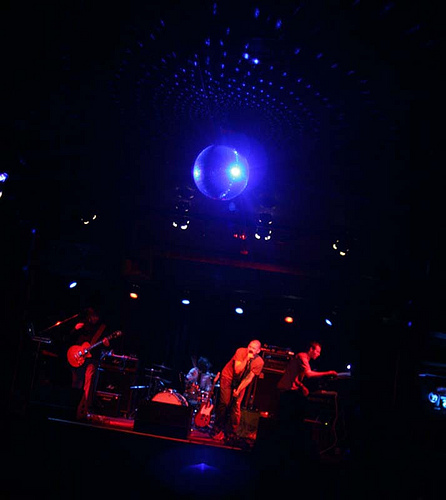 For more information visit the official MySpace and watch a live video of the band here.