Chicago natives Cyanotic are one of the fastest rising acts on the Industrial scene over on the other side of the pond. They have worked very hard to get where they are and nothing is going to stop them touring internationally as soon as possible. Their unique style and fusion of electronica and metal has allowed them the opportunity to impress audiences nationwide, and soon they will be coming for us. We got the chance to talk with vocalist Sean and discuss the digital age as well as the band’s future.

S] What keeps you guys so passionate about Industrial music now in 2009 and what does it mean to you?

Sean] The people who have been supporting our music since we started this whole thing five years ago iswhat keeps us passionate, that and 80s sci-fi. I don’t know what industrial music is today, but I know what it was before and that’s where our inspiration comes from, the days before bands were clones and industrial music wasn’t just about making a dance song with distortion, when experimenting with blending of different styles was encouraged.

S] You have explored the possibility of coming to the UK before now, so how have your chances improved since last year if at all?

Sean] Yeah, we’re always looking for ways to get over the pond, and we’ve come really close a few times, but the fact of the matter is, the logistics of getting a four piece band over to another country is a lot more daunting than getting a two piece band over, a lot of it is to do with the financial strains, so we’ve been working to find ourselves a competent overseas booking agent who can help secure things like flights, transportation, etc. If I had the extra cash, we would have been over there for Infest like, two times over now, but that’s just not the case.
It’s necessary for us to play overseas soon, especially in the UK, since that’s where about 1/3 of our overall sales come from. We’ve got some really passionate fans over there, so we’re always working to find the best (and least financially straining) angle to get ourselves over there. It will happen, I just hope sooner than later.

S] Cyanotic, how will the world end?

S] Your song ‘Insurgence’ is featured in the new Chronicles of Riddick game – what would Cyanotic’s ideal game concept be about?

Sean] Probably something pretty akin to Riddick, actually. Some brooding anti-hero type roaming a dystopic futuristic landscape, fighting giant robots and blowing up headquarters of media conglomerates, with the lead character being a composite of Kurt Russell from Escape from New York, Roddy Piper in They Live and Tyler Durden from Fight Club.

S] You are nearing completion of your new album – The Medication Generation can you explain how the themes on this record differ from those on Transhuman – when you have said “pills and the media” in the past, what do you mean?

Sean] The future people were reading about in the 30s is now a reality, Brave New World is pretty much here, albeit less extreme. Take pills, watch TV, turn on, tune in, that’s preferred escapism. It seems like everybody has a prescription for something now, whether it’s anxiety or attention deficit disorder, whether it’s medicinal or recreational, we’re all taking drugs. This is the medication generation. We’re not playing it like we love it or hate it, it’s just the state we’re all living in now, and it’s been fun to thematically explore.

S] You have said previously that Cyanotic’s work tries to give a human face to this mechanised sound – can you give examples of some of the more personal songs on the new album, and what particular events inspired them?

Sean] Pretty much everything I write is conveying something personal, whether it’s talking panic attacks inflicted by social climates in Order out of Chaos, my father passing away in Axiom or being angry about a good friend turning to a mush spine in Sensory Overload on the earlier albums.
Med:Gen has been a lot of writing about taking pills and zoning out in front of the TV, something I’m always doing, flipping through the channels at four am, paranoid about the world outside.

S] Will you guys be expanding on the Cyanotic live set-up this year – will you be improving on the visual element of your sound?

Sean] We’re finally at a point where we’ve got a solid live line-up after rooting through a lot of live members, its Chris on guitars, Eris on live drums, whoever wants to play the keyborg (our spring-loaded, rusted metal beast) from our pool of allies who’ve done it before and myself on vocals.
In the past couple tours, I’ve started hacking up bits and pieces from my favourite obscure sci-fi movies, syncing ‘em up with our tracks and mashing ‘em together in a collage/homage that provides us with a bit more onstage chaos. I’m going to be editing together several more videos for the new songs we’ll be playing, but aside from that, we’re just going to continue what we’ve been doing since 2007, really utilizing all our components to make a memorable audio/visual experience for the audience. 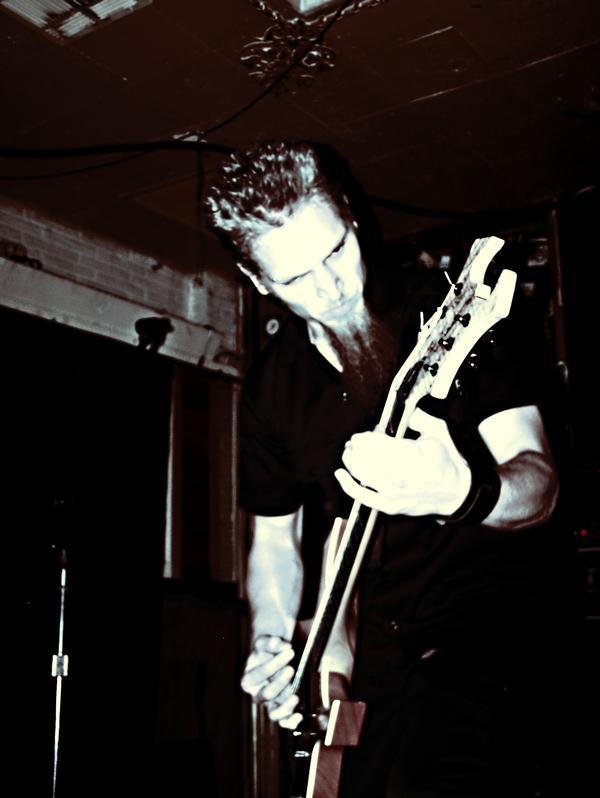 S] Will there be any remixes or special guest spots that you can tell us about on ‘The Medication Generation’?

Sean] We’ve had some discussion about remixes in the future, but nothing’s set in stone. We’d really like to act on the offer of collaborating with Gears Gone Wild, which will become a reality at some point this year. The album itself is going to be pretty light on guests though, aside from JP from shepherd’s pie/The Shizit (who we’ve worked with numerous times before), who will be doing vocals, guitars and drums with us on a song we both put together.

S] You guys seem to give it all on tour, and it’s by no means glamorous for you but you seem to really love playing live – so what inspires you guys get up and go every day – what drives Cyanotic forward – is it all down to the drugs?

Sean] It’s simple, really. The payoff for finishing an album is getting to play songs in front of an audience that identifies and enjoys the material. Going out on the road has been one of the most liberating experiences of my entire life and has really taught us a lot of lessons, both good and bad. It’s a total rush to hit the road, leave the real world behind and just live like marauding gypsies for a couple of weeks at a time. As for the drugs, no way is that the driving force of anything we do. It’s just nice to have ‘em around for added enjoyment.

S] What’s been the most important lesson the group has learned since starting up in 2002?

Sean] There are so many lessons we’ve learned in just these past few tours, it’s difficult to single out just one. Not drinking too much before a show, that’s definitely something that we’ve learned the hard way. Don’t let anybody pick up your dead weight, maintain yourself and help others, make loading in and setting up for a show a unified effort, where everybody is helping each other, something we really learned from the Acumen Nation guys.

S] Will you offer up the chance for both fans and artists to remix tracks on a Med:Gen 2.0?

Sean] Oh yeah, most definitely. We had a lot of success when we did the remix kits for the original Transhuman and that’s something we definitely want to provide for fans, that chance to fully interact and re-contextualize the sounds they’re hearing. I don’t know if we’re going to do a full remix album follow up, that’s something that doesn’t really interest me right now, but we’ve been talking about assembling a follow up to Med:Gen that would feature covers, remixes and maybe some alternate versions of songs from earlier recording sessions. We’ve been recording and re-recording parts of this album since 2005, so there’s definitely a wealth of vault material that’s been piling up in our collective databank. 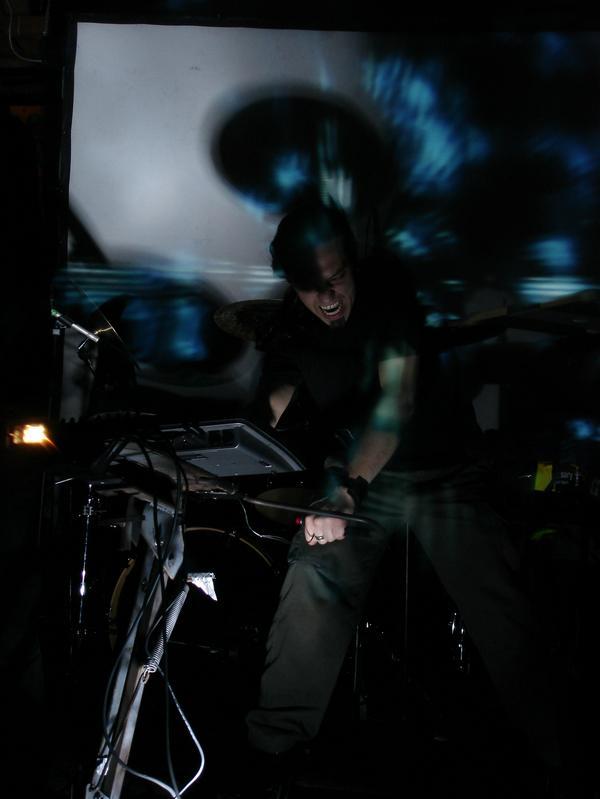 S] Tell us about the Cyanotic side-projects and plans for those in 2009 – how will the Prude and other projects fit in now the new album is about to be released – how is the element of catharsis that you guys get from these projects different from Cyanotic?

Sean] We’re busier than ever this year, planning to finish up at least six projects before the end of 2009. February and March are the months to wrap up all the pre-production for Cyanotic and Prude, which is a sort of machine-rock by way of ’77 glam punk project we’ve been working on for the past couple years. Jared (Chemlab) is doing vocals, Marc (Plastic Heroes) is doing guitar and Matt (Caustic) is doing additional programming with Phil (InfoCollapse/ Cyanotic) and I providing a lot of the core synths and drum programming. It’s a very different sound from all the bands involved, yet still retains a lot of core elements that make each of those projects entertaining to listen to.
Aside from that, I’m finishing up some extra programming for the new 16Volt album, as well as work on Methbong (our totally retarded side project) and T3RM1N8T0R, which is going to be an homage to the movies that have been really influential to me since I can remember. It’s all very different stuff from Cyanotic, and each project has been very helpful in exploring different ways to creatively work with new technology or concepts.

S] When will the follow-up compilation to Gears Gone Wild be available and can you give us some of the newer artists you will be featuring to whet our appetite – would you consider international artists?

Sean] We’ve always been about promoting good, heavy electronic music, no matter what region of the world it’s from. On the first four compilations we released, we’ve had bands from Australia, Italy, the UK and a couple of other places I’m sure I’m forgetting.

Sean] As for another Gears Gone Wild, the first volume got a tremendous response, so we’ve definitely been considering our options, but we haven’t really started to explore any material yet. Maybe we will start putting it together after we wrap up all these other projects, which we’re aiming to do around summer time. All I really have so far that’s definitive is a title, Gears Gone Wild: Spring Break. Maybe we’ll get it out before the end of the year. We’ve already had hundreds of artists get in touch about being featured on the next compilation, so it will surely happen, right now it’s just a question of “when?”, before it used to be a question of “how?”.

S] If you come to the UK, what will you most look forward to?

Sean] Driving on the opposite side of the road, eating some genuine shepherd’s pie and hearing a pretty girl say anything in that delightful accent you guys have.

Check out the video for Resurgence: