In this, our very first ReverbNation artist spotlight, we speak to Michael Gargiulo from Florida two-piece GreyMarket about influences and ideas behind the music. 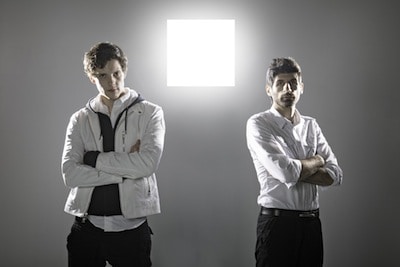 “Our songs are love letters to the human race”

M] “It’s all built on a basis of far-out stuff.  Too many wet science fiction dreams growing up, I suppose.  Strip away those trappings, though, and the songs are mostly love letters to the human race as a whole.  Others are built off of entirely imagined circumstances. To actually answer your question, rather than just making more words, love and love lost, escape from the banal, alienation, frustration, and mostly, a whole lot of awe.”

S] Is there a song that you’ve worked on recently that you feel defines where GreyMarket is at musically right now?

M] “It’s hard to say; I never know whether we’re moving in a direction until we reach a way-point. That said, I think if you took the last three tracks on the new record, you’d have a pretty good idea of what’s next.”

S] What kind of experiences inspired the track ‘Please Don’t Turn The Lights Out’?

M] “Ultimately it’s a sappy love song. It was written about a brief, tumultuous relationship; one where I screwed the pooch, so to speak, and really wanted to unscrew said pooch. It didn’t win anybody back. It turns out pooches cannot be unscrewed.”

S] What would you say the biggest challenges are for GreyMarket at present?

M] “It’s tough getting anybody to care about you out there; it’s just absolute information overload when it comes to media. So yeah, that. There are always tons of technical issues, too. Also, dollars. We need more dollars.”

S] What can people expect from the GreyMarket live experience?

M] “We get pretty excited.  You can generally expect us to lose our shit. Not literally. That would be less than desirable.”

M] “We’ll be hitting the road in September, trying to push the new record.  We’re trying to really get our ducks in a row; I’ve been tinkering with some of our older material for years now, and I’m going to get that done, no, really. Also, I’ll be toiling away writing this big space opera – yeah, I know, everybody and their mother’s ferret has written a space opera!”

M] “Please love us. We love you. Especially your accents. And your Doctors Who. We’re almost as good as your bands.”

S] If you could come up with a Frankenstein’s monster for the sound of GreyMarket (for example the head of Radiohead and the arms of The Mars Volta) what would it be?

M] “The head of Muse with the arms of Supertramp and Led Zeppelin. Also, the liver of Motörhead. And the legs of PJ Harvey – we have nice gams.”