Irish Industrial rockers LLuther are one of the most underrated acts on the international Industrial and alternative scene. Their proud mix of electronica and rock is as innovative as it is hard-hitting. We were very pleased to be able to spend some time chatting with vocalist Gerry Owens about his band’s long absence and their new album, ’12 Heresies’. 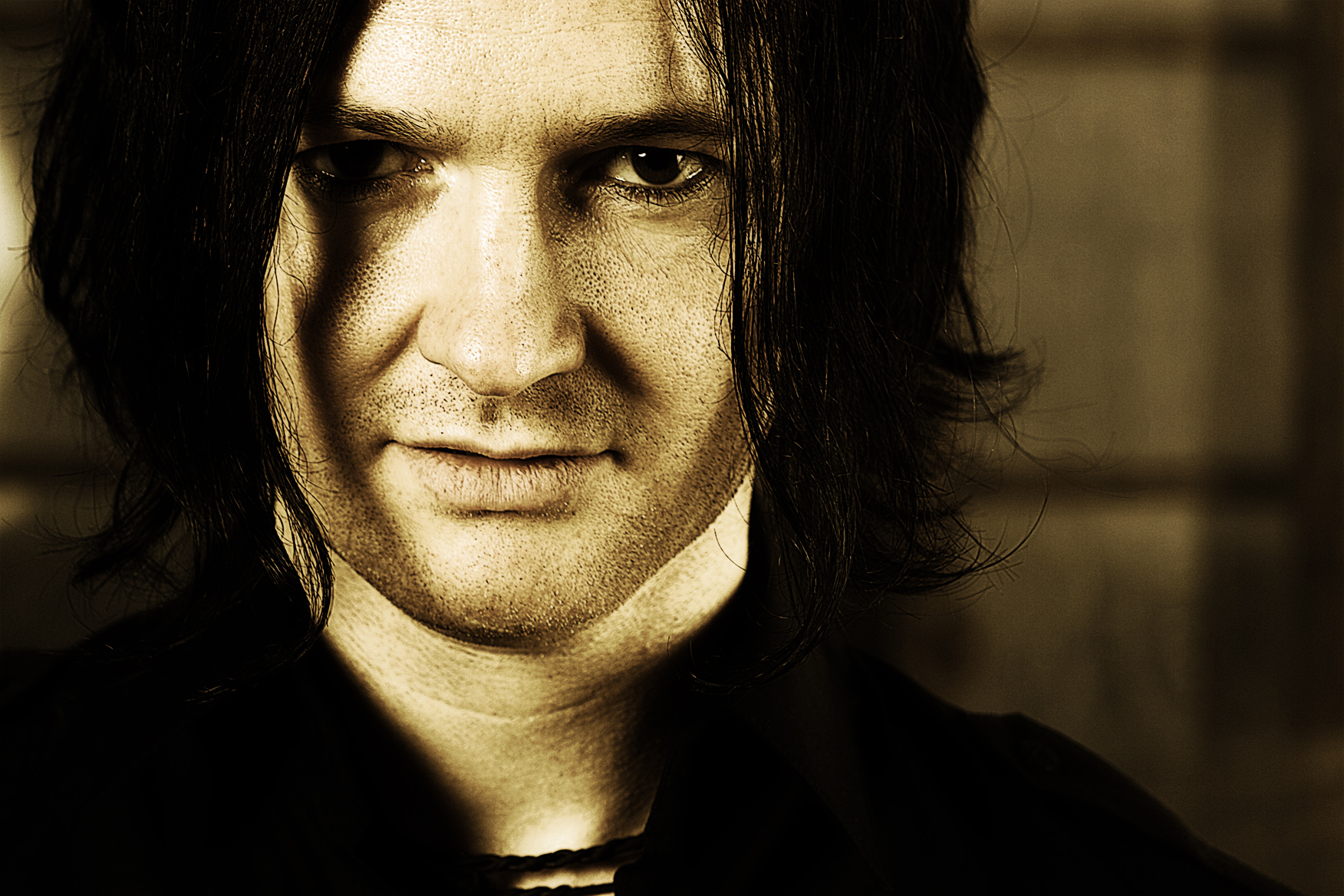 “Performing live is very cleansing, the other 22 or 23 hours are not, but I love it”

S] Things have been quiet in the LLuther camp of late – what are your biggest plans for this year?

G] Yeah, LL‘s been quiet alright. Spent a lot of time locked up in a studio writing and recording the new album. Right now, that’s the biggest plan for us, and the second biggest plan is to just get the hell out of the studio.

S] Can you tell us about the influences behind ’12 Heresies’?

G] With the 12H album I wanted to avoid working the way I’ve worked previously. There are no loops and pretty much no electronics on this album. Generally the songs are more melodic, but at the same time the music is more aggressive. I’ve always avoided writing lyrics that were personal, opting more for themes that hid or masked the meaning because writing blatantly personal lyrics makes me very uncomfortable. For that reason I decided to deliberately make myself uncomfortable and go down a deeply personal route for this new stuff. I’ve been listening to a lot of 70s rock like Bowie and Zeppelin, so I suppose some of that has come out in the tracks, although it still sounds very much like LLuther in a lot of ways.

S] Can you tell us how you personally have grown through the music that you create?

G] I don’t think I’ve personally grown from writing music. The other way around would be more appropriate – the music has grown from my experiences. The lifestyle that music brings definitely changes my attitude and desires. However, the word ‘grown’ implies that I have bettered myself and I’m not sure I’m better because I’ve decided to base my life in the production of music. Even though music has brought me things I’d never had experienced otherwise, I’ve also missed out on other things. It all balances out.

S] In what ways, if at all, do you find performing live a cathartic process?

G] Entirely! In my opinion, a band only really exists when it plays out live. When we’re on the road we spend a good deal of time complaining about it, but the minute it stops, the ass drops from out of our world. It’s a road trip on which you get to have an hour of primal scream therapy every night. The performing bit is very cleansing, the other 22 or 23 hours are not, but I do love it!

S] What keeps you passionate and involved and interested in Industrial music now in 2009?

G] I’m just passionate about music generally. Any music that moves me is enough to keep me passionate and interested in music.

S] Can you tell us about your work with Moth Complex, and how you have enjoyed working with and bringing out the potential in that band in comparison to working on your own music?

G] Well, it gives me a large degree of freedom musically to work on MX. Aoife (vocals) and I know each other very well, so we generally have the same intention and direction for a particular song. For me to work on an MX track instead of something for my project means that I can go in a direction musically that wouldn’t fit for what I do, so it can be a very enjoyable experience to just let go and get into any musical direction that comes to mind.

S] You have extensive contacts and as a result, will there be any special guest spots on the new album?

G] There aren’t any so far. It’s just been me in the studio until this point. Next month I’m working in Atlanta with a producer and a mixer there to bring 12H to a conclusion, so there’s still time to get some friends involved before then.

S] During your time in Skindive there came a point where you got bored and you were not ‘into it’ anymore – do you still get the same creative rush that you got when you first started Lluther?

G] Very much so. I had to make sure when starting this album was that it wasn’t just a follow-on from the ‘Agents‘ album. If it was, I’d have gotten bored and it never would have been finished. The result being that this album still is identifiable as Lluther, but it’s very different from or first album.

S] Are you working with or without a label to release the new album – do you need one?

G] I’m with EMI right now for publishing, but we have held off on choosing a record label before we had a fix on exactly what kind of an album we had. 14 tracks are now done for the album from which 12 will be chosen, so the label part comes next.

S] You have said previously that the title track from your first album ‘Agents of Empire’ was your favourite because it defined the band at the time – do you have a song that does the same for you this time around that you can tell us about?

G] There are two actually, the first song is ‘Turning To Dust‘ and the second, ‘It’s the End Of The World‘. These tracks, lyrically & musically to me, sum up the feel of this album. I’ve gone for a more ‘epic’ sound in the chorus’ for these songs and I like the feel of the release from the verses into the chorus’ as they go from a controlled delivery to an expansive one. Musically, the songs also go from melodic to aggressive which I like a lot too. I am very much looking forward to playing them live.

View the video ‘For You’ below: