Random Impulse (Jovel Walker) shares his influences and plans for 2013 with Francesca Fortunato in this interview. We talk anime, no sleep for winners and more… 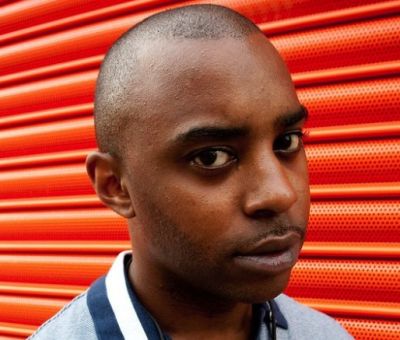 S] You’ve said that there is a loose story based around all of your songs, where do you get the influence how do the stories come to you?

RI] “It’s just things that I see everyday. Beautiful simple things, really. I like writing songs about situations that are so common and specific, it’s the stuff that people take for granted and no-one tends to write about that inspires me.”

S] How does the process of putting to music to lyrics come about?

RI] “Recently, I’ve just been sitting with an acoustic and strumming a few chords out while I get lyrics here and there, but it just depends on where the inspiration comes from first.”

S] On your Facebook you post a lot of pictures of food that you make, would you consider food to be a passion?

S] You have a blog, Twitter, and Facebook. Do you find social media to be helpful not only to promote your music, but to close the gap between celebrity and fan?

RI] “To me, that’s the more important of the two; bridging that gap, for your fans to feel like they genuinely know you first hand and are in tune with who you are as a person just as much as they are with your music.”

S] Your lyrics and beats can easily hold up on their own, what made you decide to learn the guitar to add an extra element to your music?

RI] “Ah thanks, that’s very kind of you to say! Well, I listen to rock and indie-based music probably more than I do hip-hop and grime, so I think it was a long time coming! It felt really natural for my to start playing live drums, bass and guitar, if you listen to the kind of music I was sampling during my “rapping only” days, I think you can really hear that I wasn’t into just your run of the mill hip hop and grime beats.”

S] Do you think that the combination of performing, writing, and producing for other artists has helped you get a wider collection of influences?

RI] “Oh, it definitely has. When you’re collaborating they’re always going to show you people they’re into, new people they’ve discovered and even just the way they’re used to working introduces you to new influences and ways of doing things.”

S] What keeps you inspired and motivated outside of music?

RI] “Believe it or not, it’s anime. I’m an extreme anime and manga fan, and I find the sheer creativity and rich character and plot developments that you find with a lot of the stories really  inspiring. What motivates me is just the desire to get the world to hear my work. Simple and plain!”

S] No sleep for winners. Do you really believe that?

S] After your launch party and headline show in London this month, what can we expect from Random Impulse in 2013?

RI] “My first proper single is dropping just after ‘Overload’ which I’m really excited about, then more singles, my debut album, festivals and my own tour at the end of the year!”

The ‘Overload’ EP will be released on February 25. Random Impulse will perform at London’s Cargo on February 28.