For our latest Reverbnation spotlight we chat to Mark Wardale of post-rock act Row Boat. 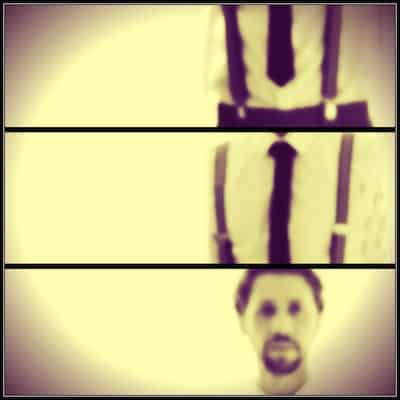 M] “Having grown up around music and musicians (mainly my father), I listened to a lot of progressive rock as a child such as early Genesis and Peter Gabriel. Through the years my own tastes developed from Rush to The Stone Roses. From here I took to playing the drums and began song writing from the age of 11. By the time I hit my early 20s I was looking for new inspiration and found an interest in Scandinavia and in bands and musicians like Surferosa, Sigur Ros, Bjork and the more recent Agent Fresco.”

M] “For me personally, I write a lot based on visual ideas like landscapes, seasons and more personal day to day feelings rather than your standard love songs. Before marrying my wife (whose heritage is Swedish), I was already intrigued by Scandinavian culture and the beauty of it geographically, and I took up learning the Norwegian language. Now I have a beautiful wife and son who inspire me hugely. I’m incredibly lucky and thankful for this. A lot of my work is instrumental, orchestral and ethereal. But I like to find a way to bring post-rock into the music to make it more experimental.”

M] “At the moment the album title track ‘By Winter’s Night & Candle Light’ for the new album is being worked on. It’s quite orchestral, ethereal, and well-balanced. When Row Boat started out this was how we did things, with elements of layers and emotion. I think the new material though is deeper and more enhanced. The more we write, the more we learn from what we are trying to achieve. This track was chosen as the album title because it encompasses everything Row Boat is as an output for those who enjoy listening to us.”

M] “The UK fans have been amazing and have helped Row Boat to be picked up around the globe from the US to Scandinavia. I think that the UK has had a long unique understanding of alternative music and creativity. Some of the world’s best acts have come from the UK. It just wouldn’t be possible to be here now without their continued support and influence.”

M] “Live shows tend to be pretty energetic. There are a lot of elements to the shows and a lot of emotions because of the style of music being played. I mean sure, we don’t work up a mosh pit, but I’d be a little worried if we did! It’s important in getting the live gigs sounding as close to the recordings as much as possible, so that if people do enjoy it, they can relate to it just as much as listening to it whether it be at home or on the bus to work.”

M] “You know what, most people out there are finding life tough at this moment in time. We just hope that fans might be able to find a little solace in music to get them through what lies ahead. It’s one of the main reasons we write the things that we do. Hopefully fans can get that from our music too.”

M] “After the release of the “Svaret ar ja” EP back in May, from that moment it was always going to be the starting point to evolve in music and push Row Boat forward more into the public eye. With the new album coming together now, we hope to really take 2013 by the horns, and let loose. I don’t think that anything will slow down, in fact even after the release of the upcoming album we will keep writing and carry on recording because we have so many ideas to work with right now.”