We chatted with Remi Gallego, The Algorithm, recently, about his reflections on ‘Polymorphic Code’, experimentation, and his plans for a new EP in 2014. Check out the Q&A below! 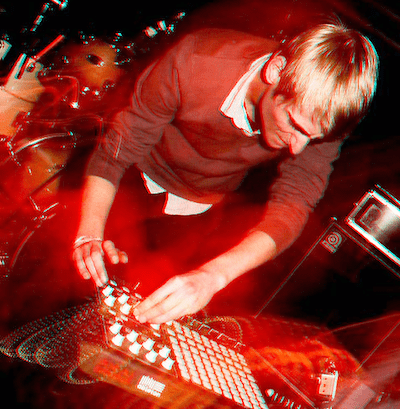 S] What’s it like visiting small UK cities and places you’ve never been to before?

R] “It’s been really interesting. Every night we’ve had so many people coming to the shows and buying our stuff, and I’m just really happy with everything. It’s been a really good experience.”

S] How are you looking forward to playing Australia Big Day Out?

R] “I’m actually really excited for that. It’s the first time we’ve played in Australia and it’s one of the biggest festivals there.”

S] You’ve had guest spots on stage, will you be expanding the live show next year?

R] “Right now I wanna focus on being a two-piece, but I got to experimenting with more musicians, and I wanna do that in the studio as well as in live shows.”

S] Are you planning on experimenting with more sounds and expanding or is the new stuff going to be more of the sounds that you’ve always championed?

R] “Well, right now I’m working on a bunch of tracks, hopefully to be released on an EP next year by mid-year, nothing’s set in stone at the moment, so I’m really not sure. I’m trying more and more through creating the sound, it’s all about merging the centrepiece together.”

R] “It’s a bit abstract, I’m always trying to learn more things. But I don’t have a specific answer, it’s just about opening my mind to everything, that’s what I do every day.”

S] What do you do to chill out when you’re not playing?

R] I’ve been running, which I find really good, and some gaming which I download onto my laptop.

S] How do you look back on the success of ‘Polymorphic Code’?

R] “I’m really grateful for everything that has happened in one year. I’m happy that people enjoy it, and with everything that I’ve done, and now the challenge is to push even more, to make the sound more complicated.”

R] “Aside from Big Day Out in Australia, the EP will be released before summer maybe, though I’m not sure when.”