Carlisle-based five-piece The Sun Explodes are not your average band. Their sound mixes progressive stadium rock rhythm akin to Muse in with tasty lashings of Enter Shikari-style electronic goodness and some anthemic vocal tones. We grab vocalist Dave Machlachlan and guitarists Al Harris and Nick Yule for a quick chat about their music and influences. 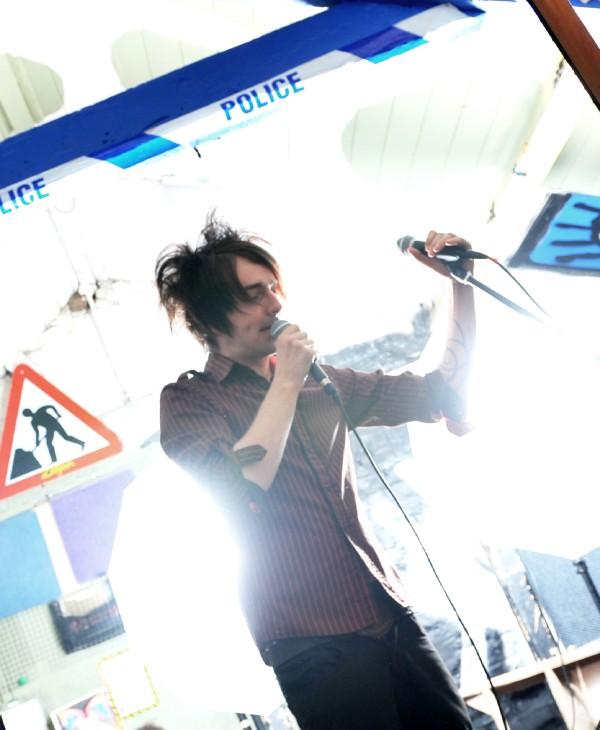 “We want to create an unstoppable rock masterpiece”

S] How did you all get together and when?

Al] My brother and I have been playing music together for years. Nick had seen our old band playing (Captain Anstis) and expressed an interest in joining. Dave and Rusty [Laidler, bass] were in another local band (The Syzygy) that split. I suggested we combine forces and create an unstoppable rock masterpiece of a band…or something.

S] What kind of stuff do you play? Who do you sound like?

Al] This is a difficult question for us. Something that’s very important to us is creating original music, we don’t want to sound like our influences. However its easy to see our music is rooted in heavy rock/metal. Bands we’ve been compared to as far as I know are Muse, Coheed And Cambria, and Enter Shikari. The reasons will be (respectively) because Dave sometimes sings really high, because we have guitar solos, and because we use synths. We do aim to sound like The Sun Explodes though, rather than ‘What it would sound like if Matt Bellamy was having sex with Claudio Sanchez on top of one of Enter Shikari‘s keyboards’.

Dave] Another thing that’s a real positive with TSE is that we all have such different influences, most of it is rooted in rock as Al says, but we tend to listen to completely different things, Nick and Al love their metal and hardcore, Jamie is really eclectic and has introduced me to a lot of bands that I have never heard of and some underground stuff. Rusty is really into his ‘big’ riff rock among others and I tend to be on the progressive side, taking a lot of cues from bands such as ELP, King Crimson, Pink Floyd and The Mars Volta. And yes I do have a soft spot for Muse!

Nick] People usually say we’ve got a pretty original sound, I think it’s hard to pigeonhole us, and I’m glad about that. I’m not saying that every band should be trying to push boundaries and come up with their own individual sound, but trudging around the country recycling AC/DC riffs holds no interest for me. 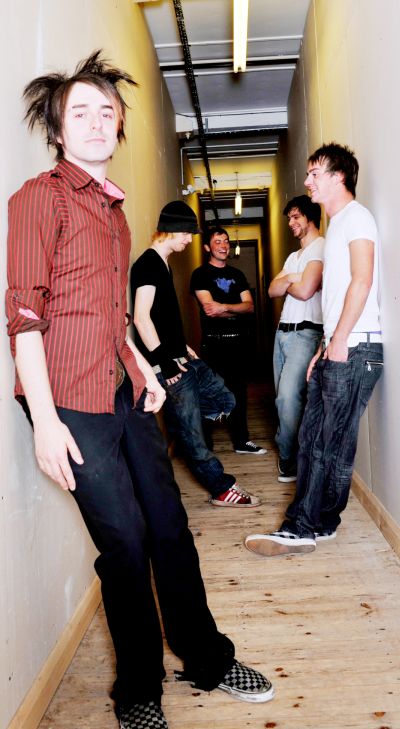 S] Where did your name come from?

Dave] I’ve had a couple of people come up to me and say ‘You guys are great but I don’t like the name’ and ‘Don’t you think its a bit pretentious?’ I love it personally! The more pretentious the better in my book!

Nick] We brainstormed names for ages and it was the only one we were all happy with! You could be stuck with a name for a long time and you don’t want to be thinking six months down the line, “God I kinda wish we hadn’t called ourselves ‘Hitler’s Crack Baby’ now’.

S] You’re on tour at the moment across the north (with a stop in London), what can people expect from a live show?

Al] A lot of sweat! Hopefully what people can expect is an energetic and tight performance. But mostly five sweaty men.

Dave] Yeah, it’s been pretty sweaty as of late, but we really give our all in terms of performance, I love it when people just come and dance, most of our tunes have a groove, so just get among it and mix it up!

Nick] I think we’ve improved hugely on stage as we’ve started gigging more, I guess that’s a natural progression that comes with playing live frequently. The most common response we seem to get though is that we sound ‘really tight live’, which is great to hear.

S] What kind of scene is there in your hometown of Carlisle? Is it good for upcoming bands?

Al] There isn’t much of a local scene to be honest. There are very few Carlisle bands, and gig attendance even for bigger bands playing here is usually hit and miss. Usual advice to new bands is to build a local following, but I think we could play Carlisle for the next 10 years and not get anywhere. Having said that, we are grateful to the people at our local venue The Brickyard for all the support they give us.

Dave] I have to agree with Al, The Brickyard have been so supportive and really invaluable when it came to honing our live craft, but times have changed, ten years ago you may have been lucky enough to get a deal or recording time with persistent gigging alone, bands nowadays are expected to have a back catalogue and hordes of self-made fans before a label will even touch them!

S] You guys seem very hard working, promoting yourself and gigging etc. Social networking, love it or hate it? You seem to post updates regularly and have an active Facebook!

Al] It’s one of many things that in that day and age, is necessary, but not a shortcut to fame. With social networking sites like Facebook I think its about striking a balance. You need to be actively updating it or people have no reason to visit, but if you’re up in people’s face all the time then most will just get sick of hearing it. Personally I don’t love it or hate it, it’s a tool. We are hard working, but most of our energy goes into creating music we’re happy with and performing it.

Dave] To my embarrassment, Al is the one responsible for most of the web-related stuff and bookings – he’s an IT machine!

S] Do you have any EPs available?

Al] We have a self titled self-produced EP available for free at all gigs we play. All three tracks are available to listen to for free on MySpace and Facebook. 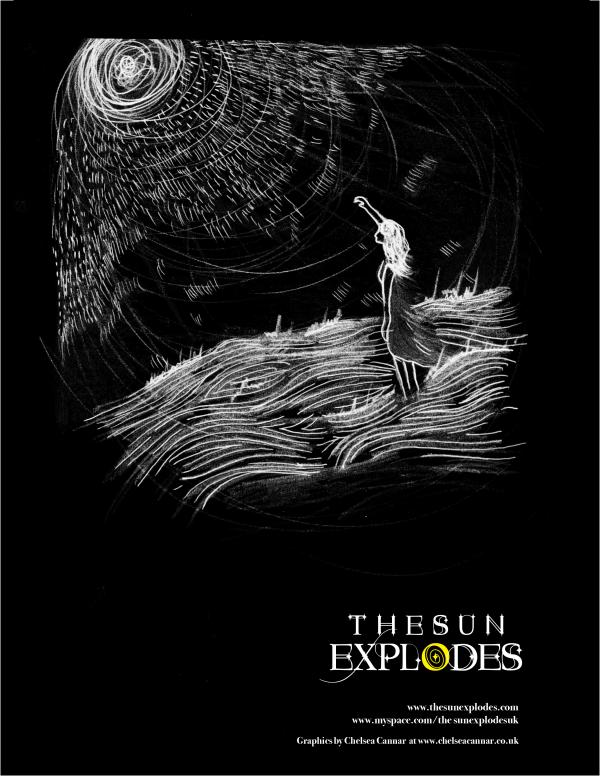 S] If not when can people expect a release?

Al] Record deals seem to be thinner on the ground every day. I think within a year or so from now we will probably self-produce an album. I doubt if there’ll be sufficient demand to warrant one by then, but its something I’ve always wanted to do!

Dave] I’m pushing for it to be a concept album, I have some ideas, but I think the others need some convincing!

S] The black and white drawing by Chelsea Cannar has a slightly dark feel to it, do you guys have a dark side to you?

Al] I think Dave would like to say yes, certainly his lyrics have an edge to them. But as a band I think no. We love being in a band, we enjoy every part of it and we’re all pretty close friends. I think and hope this is reflected in our live performance, and there’s an energy between us that makes us more than the sum of our parts.

Actually…I take it all back. Yes. We are dark as hell. We fold our arms and look moody whilst wearing the same clothes fringe in all of our photos. Live, we stagger on stage clutching bottles that numb our various pains, and for 30 minutes we take you on a journey of anguish and despair. People come away commenting, ‘Wow, those guys are fu**ing deep man’. We will probably off ourselves as soon as we get famous by driving the tour bus into an active volcano. [Laughs]