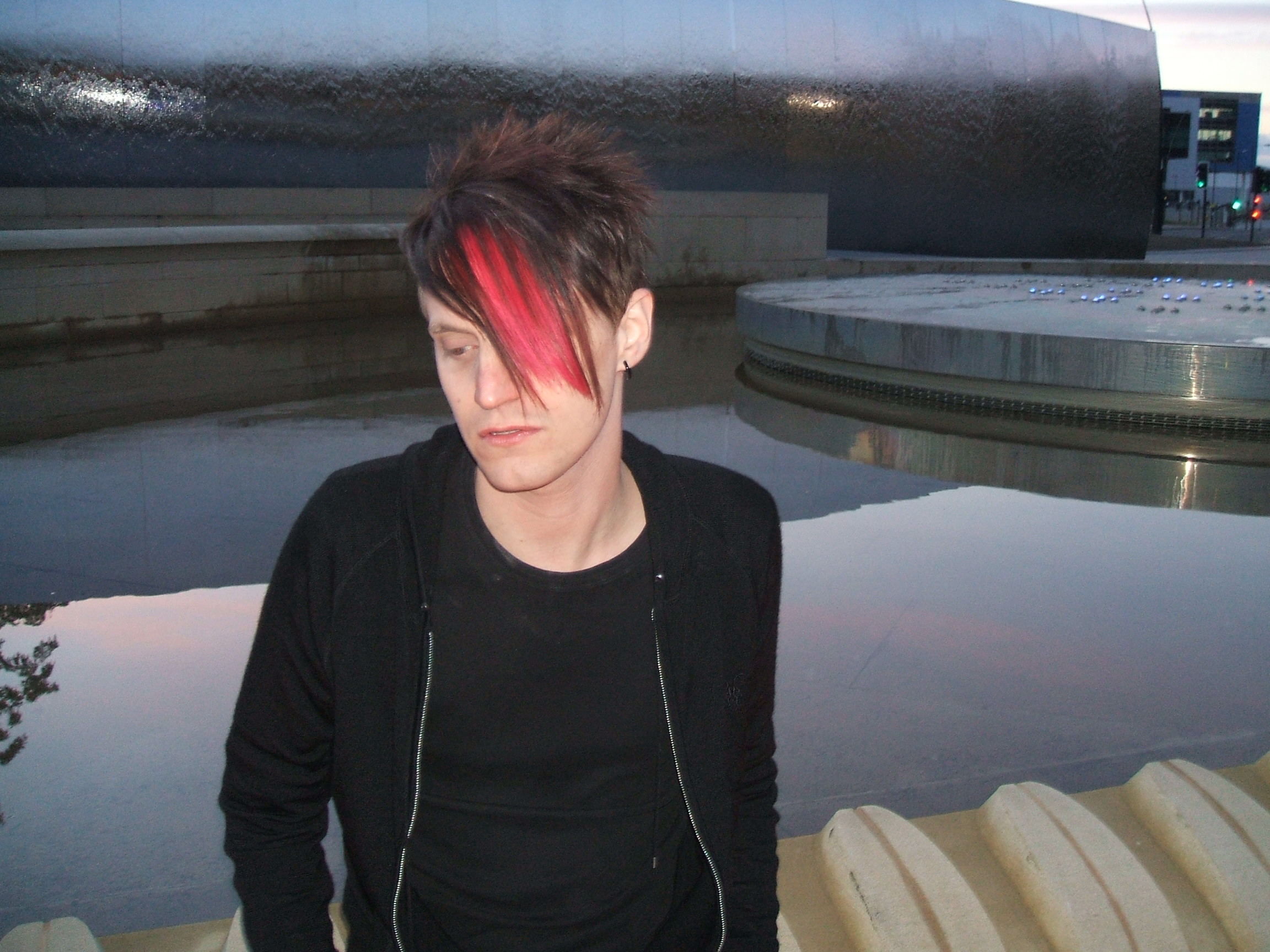 “I pretty much just get angry” says Nick contemplating his inspiration as he sits huddled outside Sheffield train station; he appears on edge as children play in the picturesque fountain nearby. He says: “I am never really satisfied with the state of the world I am in and musically I am always trying to move on and create something new, I hate people that just wait around for things to happen.”  This was the inspiration for one of Prot0type’s most relevant efforts, a powerful contemporary comment upon societies desire to just wait around and not take action entitled “Live To Die”.

“I don’t just write to annoy people but I am certainly opinionated and I can’t really describe the song writing process, often it is things that happen to me on any given day” he adds: “I admit that a lot of my songs are about real issues like girls, about sex and about break-ups.”

It is this kind of natural subject matter that has made the work of Prot0type so popular amongst fans of industrial and it has also given him a prominent reputation amongst his more established peers, Cybercide referred to the 24 year old as a “genius” stating that Nick’s ability to put on a live show and in turn show off his skills in terms of the overall creative process are second to none. On top of all that, Prot0type gained international acclaim last year by having the track “I Hate You” (inspired by a relationship of course) featured on the internationally acclaimed Industrial compilation CD “Endzeit Bunkertracks.”

Nick uses the respect he has garnered to fuel his passion and drive, he says: “music is the thing I love more than anything; I can’t wait to expand on what I am doing and show some real emotion with the new record where I am moving away from the more raw and dirty stuff I have worked on previously.” Nick as Prot0type will be releasing his first physical record later this year with support from his long time live partner and friend John of the Sheffield based underground act Nekrodrako.

John, has supported Nick in his previous band the heavier more rock tinged 3ulogy and Nick also regularly contributes synths during John’s live performances. With the chance to get into a real studio on the horizon Nick is relishing the opportunity to infect more people with his brutal mix of dark electro and seriously heavy beats: “It’s going to be amazing; I am going to have the chance to do everything with some real support. John and I have a weird friendship but it works, he is the voice in my ear always telling me when my production is wrong, so this will be a really chance for me to get down to it and put a real polish on everything I do.” Nick has been making music for over 10 years now, and he has come far from his roots. Now an accomplished session musician and all around composer he is inspired by everything he sees and is always thinking up new ideas. “It’s great if people can identify with my music, but at the same time I would feel sorry for them, as most of the songs I am frustrated about something.”

Nick’s desire to carry Prot0type forward is also visible during his frantic live performances: “I am an entertainer and I actually consider myself a better frontman than vocalist, and I have seen too many great musicians fail because they do not make the most of their time on stage, I like being close to the crowd where I can interact and have a little fun. It is really in those types of venues where I thrive and can inspire either positive emotions or negative.”

Negative reactions are certainly not something that fazes Nick, and to look at his stick thin figure you wouldn’t exactly picture him as a true hard man let alone someone that could produce such spiteful vocals but really, Nick enjoys making other people angry too: “One of my reviews was a 3ulogy gig in Sheffield when the writer said, “I thought you were supposed to go to a gig to enjoy yourself, not just stand there and take 30 minutes of abuse….. – I thought it was our best review yet, the more people hate me, the more they will remember me.” The inspiration for the music comes from many sources including life experience but also games and movie soundtracks, it is here that Nick seems to become more comfortable with his surroundings as he leans in slightly with a mischievous grin:  “The entirety of the new record and a lot of my music in general is truthfully inspired by the X-Files soundtrack, there are a lot of long synth heavy intros and then the listener is hit hard with some really heavy trance.”

It is Nick’s mix of metal and electronica influences along with his varied musical background that makes him and his music so worthy of people’s time; he is so passionate about the music he makes that he cannot help but smile when considering the future.  “I am a really big gamer, I would love to one day create the soundtrack to a videogame, and just go through the stages and work on something really special.” When asked what type of game it would be, Nick looks around thoughtfully and then fires an answer: “I like to think and be challenged, and challenge others so it would probably be a First Person role playing game, with a huge non-linear storyline that could end anywhere or with anything.”

The thing is despite being inspired by his own misfortune, Nick has a genuine love for the obscure genre that is industrial and is very proud of his experiences and he takes every opportunity he can to make new ones.  As he locks himself away in a recording studio Nick’s on stage alter-ego Prot0type will have to rest easy, but you can be sure before that, with a host of live dates coming up with Deviant UK and prominent international act Alien Vampires in Leeds this November that the Hyde of this young mind will be coming out to wreak havoc and spread the hate all over the U.K and Europe for many years to come.