The Wendy House is by far the biggest Alternative and Goth music club in the North of England. It houses all the sub cultures and every sub genre of Goth you could possibly imagine.  It is all testament to the great work of Glenn Herbert, the man responsible for all the promotion and the formation of The Wendy House; we sat down with him to discuss how it all began. 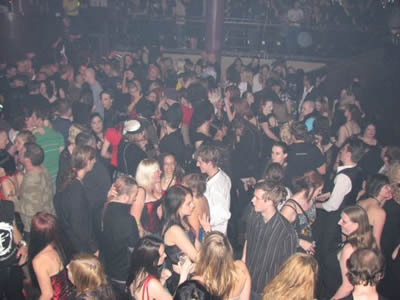 Glenn says that despite the club being under constant pressure as the standard bearer he is very proud of what the Wendy House has become and how much he and the staff at the club have achieved. Having just celebrated its ten year anniversary in June of 2008, Glenn says that the “amazing atmosphere” that was present for the event really epitomises what the club is all about. “We provide a fantastic venue where people can dress up, are social and have fun.”

“I never rest on my laurels, when I am not working in my day job as a web developer I am always out partying and I continue to promote and push the Wendy House wherever I go. I think we’re a success as the DJ’s play to the crowd and we don’t take ourselves too seriously, so it’s all about a party atmosphere, rather than playing anything “cutting edge or just something we like.”

Starting life in Hastings on the South Coast outside of London, he moved to Leeds for University and quickly made friends on the Leeds Goth scene through his DJ’ing for the Goth society on Campus, Black Lodge.

Following his degree in Media and Sociology Glenn began IT training and gained valuable skills in web design which today transfer nicely into his work promoting the club and the website. He says that a lot of what he has learned in terms of business management has come out of constantly trying to improve The Wendy House as a product: “Most of the promotional and business skills I acquired myself and my degree and job have had little bearing other than perhaps client and supplier relations and project management.”

The club itself is run from Leeds university student’s union on the third Saturday of every month. Glenn originally maintained the links he had with the university from his days there, taking other DJ’s from the Black Lodge society and asking to put on a night. He says that the overall process was simple.

“It all started because I worked as an events DJ for the Leeds university union along with a couple of other resident DJ’s (Suzie and Nick) so they knew we could make customers happy. There was an opening for a Saturday and Susie was asked if we could run a night. The rest is history.” Glenn believes that the scene is very strong in the North and that there is a distinct difference in how the Goth circle develops in the South with more nights to choose from in one area. He says that the London scene attracts people easily because everyone knows where to go. Glenn says the fact that people travel more in the North offers up far more opportunities for people to meet and enjoy the scenes in different Cities: “People in the Alternative scene in the North travel regularly between Manchester, Sheffield, York and Leeds for gigs and clubbing which is excellent, it’s a great community feel we have in the Goth scene.” 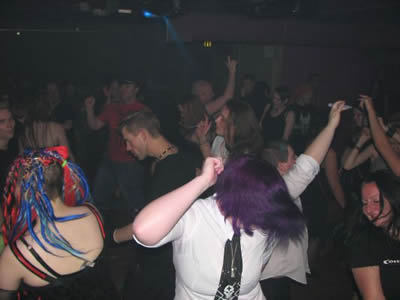 Glenn says that the key to promoting a successful Alternative club is common sense and that anyone could do it if they had a desire and belief: “It would only benefit the scene if more people got involved, I would welcome it.”

We asked Glenn what his favourite floor fillers were and he referenced Depeche Mode’s “Enjoy the Silence” (fair enough) alongside Britney Spears (we were suprised when we heard it) and “Toxic”, a song that gets a good response when it is played at the end of each Wendy House, he says: “It’s a long standing joke, I’ve always fancied Britney that’s why it’s always on the playlist.”

Glenn looks at the weakness in competition and says that there is nobody out there doing twelve nights a year: “Nobody promotes as heavily or working as hard to create a name and brand in the alternative clubbing market.” Still, he emphasises that the charm of the Northern alternative scene is that whether it be bands, promoters, club owners or customers everyone sticks together for the good of the scene: “I think it’s vital to get on, even if you’re competitors, just so you don’t tread on each others’ feet or put on events that will divide customers. I know the teams and promoters at Infest (Bradford) and The Corporation (Sheffield) and various Leeds club owners know me and we all get on well, that’s the whole point that we all come together no matter where we are and bond over our support of the Alternative and Goth scene.”

Glenn is also keen to tackle the ongoing misconception that Goths are entirely image driven and anti-social. As someone who is very much in the know about the Northern Goth scene and culture he is constantly meeting new people and is aware that individuals are often nervous to approach Goths because of appearance and demeanour.

“I think that while it is true that Goths are very image focused and will go all out to look great on a night and given the style this can be imposing, I think that they are lovely, friendly people, nobody should ever be nervous around them.”

While Glenn remains tight lipped about what DJ’s get up to outside their hours at the Wendy House, he is happy to talk about why he loves the club so much: “It’s simple really, I have a real passion for the Alternative scene in Leeds and in the North.” He continues: “Wendyhouse is good fun, relatively cheap on the door with music catering to what people want to dance to and it reflects the requests we get. I love the variety and the great mix of Alternative people we get coming in.”