When you wake up at 7am in blistering heat to the sounds of someone playing ‘Butterfield’s Lullaby’ on a trumpet, and a poor girl is shouting about how she’s “taken something weird” and is freaking out, you know where you are: Spannered Festival. 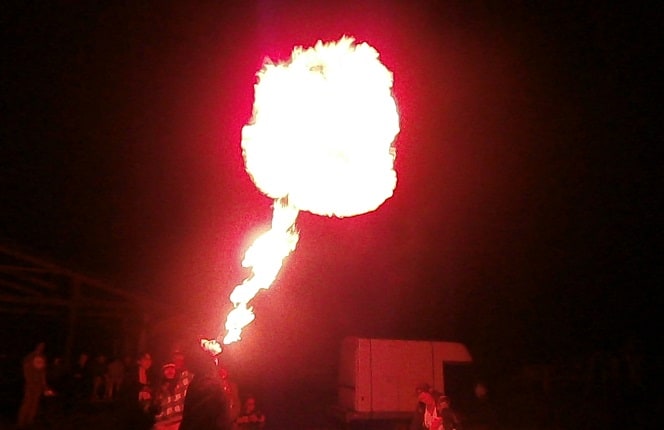 Spannered Festival is in its second year, and totes itself as an “alternative music” festival. It could be said that most of the acts are a mix of punk, ska, reggae and metal, with the odd folk and country band thrown in here and there, but the music at Spannered Festival is rather hard to define: it’s a confusing but exciting beast, completely different to any festival experience I’ve ever had. 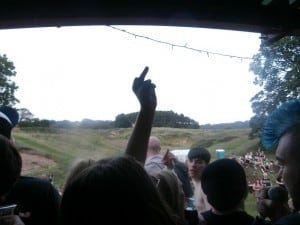 People start arriving Friday afternoon, as the first bands are on Friday night to kick of the festival. Although the location of the campsite seems to be a better kept secret than Area 51 and the directions nearly give our taxi driver a heart attack, we get there just in time to be burnt alive by the blistering afternoon sun.

Soon the shade settles and the night can really start. Opening with The Stopouts and followed by Roughneck Riots, the festival gets off to a fantastic beginning, people are shouting and cheering, and some are already incapacitated enough to start flinging themselves onto the stage. Having then nearly been run over by a BMX rider (whose route cuts right through the audience in front of the main stage), the opening night really gets going when Hated Til Proven take to the stage. Although it is a little bit of a shock to the system that their lead singer has been replaced, they are still on form as always. It’s also comforting when the ex-lead singer joins them onstage in a blaze of glory for the final few songs, including their most famous one ‘Fu** The EDL’ (a cover of The Exploited’s ‘Fu** The USA’). This brings the crowd to a stamping finale, all middle fingers raised in the air as fans storm the stage.

Saturday brings a change in demeanour to the campsite. Although it was also hot on Friday, people are now hungover, and having been woken up at 7am by the cresting sun, the mood is flat to say the least. It would take a mighty band to start this exhausted lot, and Dead Crooks do just that. With their bouncy ska tones and rushed punk beats, Dead Crooks really lift the mood and makes the too-hot-sun start to feel like Californian sunshine beating down on bare backs. Songs such as ‘Uncommon People’ and ‘No End In Sight’ are real highlights. “I think it’s an awesome set-up”, muses Nath Jones after their set, “we’re all playing music we enjoy.” Drummer Mike King cuts in laughing: “There’s no nobheads or dic*heads; no LSD or lead-singer syndrome.” 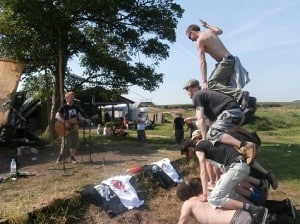 Not quite the Pyramid Stage at Glasto

Later, on the acoustic Diddly Stage, interestingly named Danish band Stoj Snak kick up a massive storm. A human pyramid is formed by drunken punters, wobbling unstably as the guy on top tries to sing/fist pump along to Stoj Snak’s powerful punk ballads.

After meeting singer Niels Sörensen and congratulating him on his amazing set, I ask him who has a better punk scene: England or Denmark? He smiles sheepishly and replies “England.” When I tell him I’m actually Welsh and he doesn’t have to lie to please me, he laughs and says “Oh, well I’m sure Wales has the best scene in that case!” before winking and walking away.

As night descends on Saturday, even though the sun refuses to go away, we hear a brilliant set by Revenge Of The Psychotronic Man, one of TNS Record’s staple bands. The true weirdness of Saturday night starts when Wadeye take to the stage. Maybe it’s the general intoxicated appearance of the band, or perhaps it’s the amazing pyrotechnics (a few sparklers brought from the local supermarket) but the crowd start buzzing at this point, drunken limbs flailing around in front of the stage, whilst the less-hardcore inclined bob their heads furiously nearer the back. Speaking to the band afterwards, I get some insight about the crowds frame of mind from the self-titled Johnny “fu**ing” Rogers: “There’s music for people from every walk of life,” to which he adds, “the sort of people that come here know exactly what they’re in store for. They don’t expect us to be Less Than Jake or the fu**ing Beach Boys!”. Too right. As Saturday comes to a close and night finally arrives, people gather around the open mic night to listen to some acoustic punk, and perhaps more strangely hardcore gangster rap, whilst people breath fire and twirl around burning batons.

The last day has come. Shade is merely a memory and the sun is hotter than any day so far, so much so that even our melancholy trumpet player has given up. There is only one thing you can do, and everyone on campsite realises this whilst milling around at 6am – crack open a warm beer and get on with it. 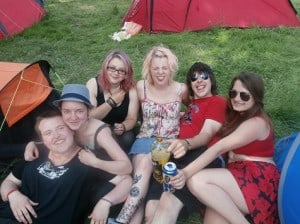 And get on with it they do. Electric Mafia start off the day with burly, deep tones reminiscent of ZZ Top (without the beards), thundering through their set which sounds closer to old school rock n’ roll than it does to punk. The crowd is pleased, and starts to rouse from it’s alcohol-soaked slumber. The day only gets better from this point onward. Moving over to the Diddly Stage, I catch self-described “Dino Terror-core” band Speed Dinosaurs. Playing punk-folk style songs on a combination of ukulele, double bass and cajon, this band stole the show for the weekend. Songs like ‘I Should Have Worked Harder At School’ and ‘Real Ale Tw**’ make the crowd laugh and smile on this sweltering day. All of a sudden the sun is no longer burning but beaming, and the memories of hangovers past are slowly evaporating. Speaking to the band afterwards, where they explain their writing style is simply speeding songs up and adding dinosaur sounds (“except we don’t sound like that at all really…”), I ask them what they think of Spannered so far: “It’s nice. It’s small. Everyone here is so happy and drunk!” double bass player Jona adds: “It’s a proper DIY ethos. It just comes from someone’s love of music.” Sunday night ends with a bang. Rasta4Eyes, possibly my favourite named band of the festival, smash out some amazing tunes, perfect for a Sunday evening – the eclectic songs resounding deep reggae and fast ska, with just a hint of drum and bass chucked in, are hammered out as the sun sets on Spannered.

As I sat at my tent considering the amazing weekend I have experienced, a figure ambled toward me out of the twilight. It was Johnny “fu**ing” Rogers, and he wanted to add a summary of Spannered Festival to my interview tape. I ask him what: “Party party party when we like to party we always party hard” he screams, as he gets up and starts singing to himself and walking away from me, wholly summarising Spannered. It’s like a party in your mates backyard which has gotten a bit out of control. It’s intimate and personal – you know everyone camping around you – and it’s a little bit mental. I left on monday feeling nostalgic for the festival already. Spannered is a living entity, the people are the blood that keeps it going, but the Festival itself is alive with music and experiences. I guess the old saying is true: Punk never dies… 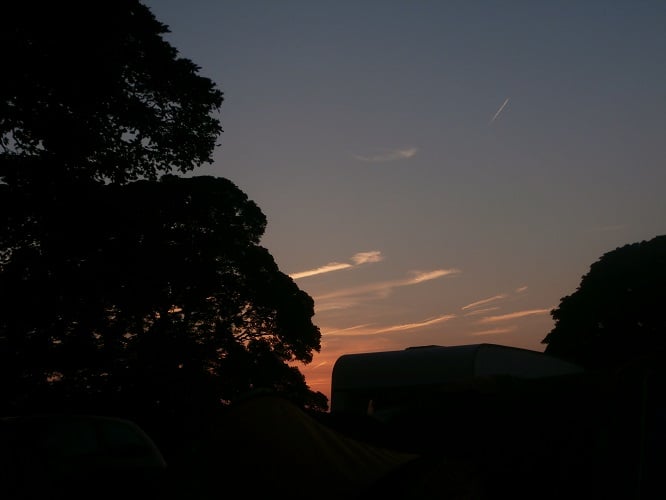