Soundsphere explores The Vic, a recording studio and rehearsal space in Wrexham, and have a chat with manager Mike Harmina about its role in the community and the success of bands who have emerged from here. 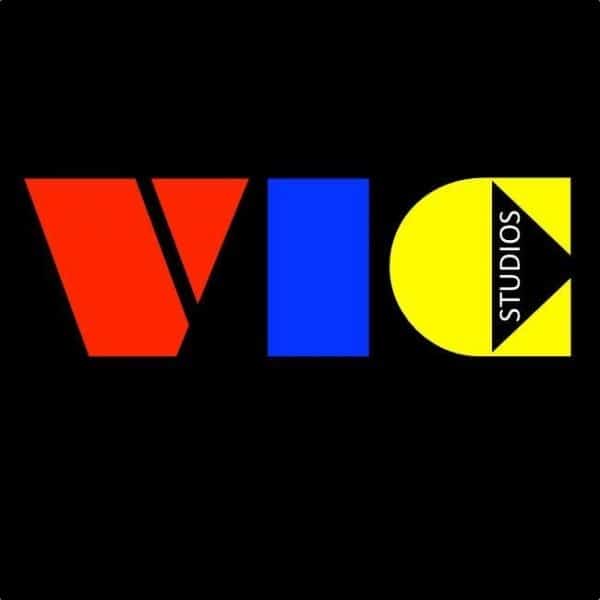 The Vic Studios in Wrexham opened its doors in 2006, and since then it has provided a place for musicians to practice and record. It welcomes all kinds of musicians and genres, from mellow acoustic acts, to chest rattling heavy metal and gut wrenching drum and bass, the Vic’s door is open to you, whatever your style.

Not many towns can say that they can offer this kind of equipment and opportunities to anyone, which is what makes The Vic so unique. For young bands starting out it’s hard to find a rehearsal space without disrupting your neighbours and The Vic provides a place to do this. With quality practice and recording facilities a rarity in most towns outside the metropolitan elite, giving young and raring musicians a chance to break the mould has made the Vic a real name for itself for the up and comers.

Mike Harmina, manager of The Vic, is no stranger to musical talents as he first started out as a music lecturer before joining The Vic, “I came here on the first day and within an hour I just thought ‘this is the best job in the world,’ and a year later I gave up lecturing and put all my energy into this.” Throughout the years it is easy to see the hard work and determination Mike has put into The Vic Project, through getting more equipment for the studio and increasing awareness for The Music Project. The project last year won the Social Enterprise Award for best New Start Up, the awards are given out to businesses that contribute to society and those who use their business to make a difference, helping to solve social and environmental issues at home and away.

The Wrexham music scene has been renowned for producing some incredible talent. With venues like Rewind and Central continuing to provide live music to the town, it inspires others to learn music.

Mike too recognised the talent that Wrexham had to offer when he joined the Vic: “Well I think that there’s kind of a couple of things that struck me as being unusual about Wrexham, I think for such a small place it’s got such a large musical community. I think one of the reasons is that there isn’t that much for young people to do here so a lot of them have picked up instruments, and I think that’s seemed to have had a positive impact on the area culturally.”

The Vic has overcome challenges over the years, and there is no denying the overwhelming community support that has been given. After it faced closure in 2015, a petition was started and individuals came together to show their support and ensured that it remained open. The Vic gives young people, some who may have had some social issues or mental health problems, a space to express themselves, whether that may be through songwriting, learning an instrument or even through DJing. The projects here have seen many individuals, not only increase their own creative talents, but also their own self-esteem as The Vic provides amazing help and support to people of all different ages and backgrounds.

For an upcoming band, The Vic is a great place of opportunity to have locally, particularly in a small town like Wrexham. “This place was opened to fulfill a need and the need was for affordable and professional recording and rehearsal facilities for the local community, particularly for young people who don’t have the money to spend on commercial facilities,” Mike discusses. Bands like Neck Deep and Gallops are Vic graduates and highly successful ones to mention, as it is here where they started to rehearse. Don’t just assume however, that the Vic is just full of plucky welsh bands vying for a space in the limelight, they have quite a successful resume of bands starting of there. The likes of which many big city studios would die for.

Neck Deep who are originally from Wrexham, won Best British Newcomer at the Kerrang! Awards in 2014. They’re also playing alongside the likes of Enter Shikari, Don Bronco, Bowling For Soup and Less Than Jake at the Slam Dunk Festival this May. Gallops, who are also Wrexham based are getting ready to release their new album Bronze Mystic in April this year. Their first demo gained them recognition from BBC Introducing, and got them on the Introducing Stage at the Reading and Leeds festivals. It is inspiring to see musicians who have emerged from the scene in Wrexham, and who have utilised the equipment and opportunities that The Vic have given them to become successful.

In a day and age where the music industry is becoming increasingly competitive, Mike encourages artists “not to wait, get things done, get them recorded and sent out.” Getting involved with The Vic and using their facilities is easy, give them a call, or a message on Facebook. Mike welcomes all kinds of creative talents, “If people are local to the area come and have a look round and see what they want to do.”

This highlights one of the key ethics that has given The Vic so much success over the years. A studio that doesn’t take anything for granted, and wouldn’t want to anyway! Any person willing to graft hard and help out will find the Vic their home and this is evident when you look at their work outside the ‘music scene.’ As well as providing a platform for musicians, The Vic also provides educational opportunities for many people through voluntary and statutory organisations such as mental-health-care charities, the Youth Justice Service and the NHS. As previously mentioned, Mike originally started out as a music lecturer, so his musical knowledge is endless and it’s encouraging to see someone so enthusiastic about sharing this knowledge and experience with other aspiring musicians, “We do instrumental tuition, as well as DJ tuition and expansive list of courses that people can get accredited.” Many students have noted Mike’s patience and help which he has offered to their studies, making The Vic a welcoming environment to come and learn for a person of any age or background.

With a place like The Vic, the creative possibilities are endless, Mike discusses his future plans for the project: “I really want to introduce film and photography, that’s something that I’m really keen on establishing here, so young band and musicians can really see this isn’t a one stop shop, but young bands can come and get their demos recorded and practice but they can also have photoshoots and video services. I’d like it to be that there was no creative limit.” A visual service would be highly beneficial for those who want to create promo material such as flyers, music videos or images for their band website. As many musicians and agents will no doubt agree, putting that little bit extra in for online material creates a strong image and presence online, and gives a professional look for the band or artist.

Overall, the Vic shows that you don’t need to move to the flashy cities to make a name for yourself, all you need is the right attitude and success will come your way. It gives musicians the space to rehearse and an opportunity to easily record their music, something which is very rife and hard to come by in this day and age. It’s amazing to see all the work that The Vic has done for the community, and for individuals, it’s a credit to the community and something that Wrexham can be very proud of.