In our next industry spotlight, we chat to our good buddy Presley [Gary Numan, KIK] about his role as part of Sanctuary Radio. 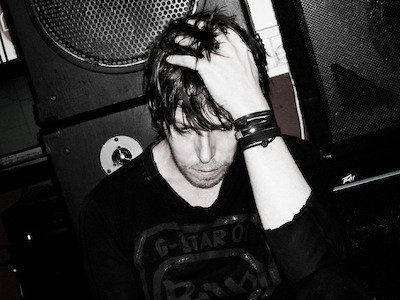 S] Talk us through your involvement with Sanctuary Radio?

P] “It came about because myself and my co-presenter D’lear were getting quite a lot of early success with our weekly live Drag Radio Show. Pete Newton, who is the owner of Sanctuary Music Ltd, mentioned that he’d like to do a radio show that was all about helping new and upcoming bands. Pete started his own studio in the West Midlands a few years ago and quickly noticed how hard it was for bands to get any kind of exposure, it’s a nightmare trying to get your name out there or for that matter trying to get anyone to take any notice of what you’re doing. So he started to invite bands to come into his studio and he’d record them in a live lounge kind of way, fully live or acoustic and then wanted to get those sessions onto the radio. And what better way than to start your own show. I’m not 100 per cent sure why he wanted myself and D’lear to present the show for him, you’d have to ask him. But I think it’s because he liked our style of presenting. Plus we don’t do radio in the same way as everyone else, there is a lot of comedy in what we do, a lot of character based stuff and sketches. Also, we do know a huge amount about music and the music business, so I suppose that was pretty important. I do think that he wanted the show to be unique and it certainly is that.”

S] You’re promoting some Numan shows this month – how are you looking forward to those?

P] “Sanctuary Music is promoting two of Gary’s shows. Manchester Academy on November 14 and Wolverhampton Wulfrun on November 19. I now do some of the Sanctuary’s promotion and marketing and that means that I’m helping them with these two shows. It’s useful, I think for the Sanctuary to have me involved because I’m a link between them and Gary. So if there’s any little problems that pop up then I can go direct to Gary or his management and get it sorted out straight away. I’m really looking forward to it, it’s a little bit stressful because I want to make sure that everything goes 100 per cent according to plan and that both the Sanctuary and Gary are happy. So far so good.”

S] What goes into putting together one of your shows?

P] “A lot of time and effort goes into the live lounge style recordings. Pete, Bev and sound engineer Benni are all on hand once a month to record four bands. They open up their studios for free, they cover all the costs and they do a brilliant job looking after the bands and making sure everyone’s happy. One thing that really pi**es me off though, we are giving bands free exposure, it doesn’t cost the bands a penny. It’s not cheap to open up your studios for a whole day as you can imagine, and then a band doesn’t turn up? Or doesn’t even call and apologise for not turning up. That gets my goat! On mine and D’lear’s side of things, we spend a bit of time sourcing the rest of the music that we include on the show. The sketches are already done and archived. What we do with them is, once a month we lock ourselves in D’lear’s studio. We decide what character sketch we’re going to do, for example Iggy Pope, then we come up with a basic idea of the subject matter, turn on the mic, stick the headphones on and then go for it. We prefer to improvise everything, we never script it. We find improvisation comes very easily to us. You get the most genius moments, for example we were doing a sketch recently about a gay alien, his illegitimate half brother and a blow up doll – don’t ask. Recording the show itself, we just go for it. We don’t listen to any of the bands beforehand which means the reaction people hear from us is totally genuine. We think the show is much vibier for it and if there’s a mistake or two, then so be it. We want it to have a live feel.”

S] How can people get involved if they like what you do?

P] “All they need to do is email me at [email protected] and we can either book them in for the live session. Or if they prefer, just send me an mp3 of what they do and we’ll try to get them played on the show. All we ask is that they then post the show, that they’re featured on) around all their media platforms.”

S] What are your plans to expand and develop the show in 2014?

P] “The first aim was to do a show that people liked. The second aim was to get to as many people as possible. Last month we got to Number 1 in the Alternative Podcast Chart – that’s Worldwide! We were well chuffed, an incredible achievement. We now want to get as high up in the regular podcast chart, that’s a bit harder. There are tens and tens of thousands of podcasts out there, but you have to have a goal and so we might as well go for the biggie. We’re also trying to get the show placed on other stations, that would be a cool thing to get, plus it’ll help with our growth.”