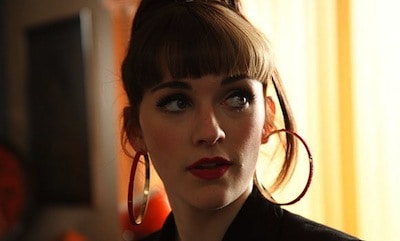 “I’d love to keep doing creative things, but get paid for them too”

Channel 4 student drama Fresh Meat is a refreshing take on student life. Not necessarily a positive one, yet this realistic style of humour has embedded itself surprisingly deep into the agenda of a broadcaster that tends to prioritise the puerile styles of ‘The Inbetweeners’ and, more recently, ‘Skins’.

For Charlotte Ritchie, better known by her character of Oregon Shawcross, the success of ‘Fresh’ Meat couldn’t have been more perfectly timed. She’s had an extreme makeover since the second series of Fresh Meat was filmed. It’s difficult not to assume her character will be somewhat replicated in her personality – and as she takes a few confident sips of her 11am fruit cider you can imagine her scheming brain ticking away, with its lies and insecurities which we as viewers are opened up to every Tuesday night.

When Charlotte begins to speak about her next televised appearance, it becomes apparent that she’s not quite the demon she so perfectly portrays in ‘Fresh Meat’, but one thing’s for sure – she’s suited to comedy: “I’ve just finished filming a feature film that we’ve shot in 5 days called ‘Jolene: The Indie Folk Star’ which is an improvised comedy with no schedule, no scripts, and, of course, no money.” Jolene: The Indie Folk Star is set for a late 2013 release and boasts an all-star cast including Craig Roberts of ‘Submarine’.

In the same vain that has brought ‘Fresh Meat’ so much success, Charlotte radiates a similar aura of reality: “I love having the freedom to do whatever I want as an actress – to make up your own stuff and be creatively challenged, like writing scenes as you’re filming them.” For an actress that’s made such a huge breakthrough, Charlotte Ritchie is surprisingly humble: “Ideally I’d love to keep doing creative things, but maybe get paid for them too.”

Confidence and modesty rarely walk hand-in-hand, but while speaking to Charlotte it becomes increasingly clear that her passion for acting is far more important than fame or pay-cheques. Oregon Shawcross bares no real-life resemblance to Charlotte Ritchie, if anything, they’re absolute opposites. Charlotte explains: “I’d love to do another series of ‘Fresh Meat’ – it’s the best job in the world, it’s so fun and has really good scripts.”

In between her spells at Channel 4, Charlotte spends time on-stage with her musical brother Luke, who’s been touring his new album around the UK. “I love singing,” Charlotte explains, “The opportunity to sing a kind of music that’s considered and thought about. No matter how big or small the gig is you’re actually doing stuff you really love – it’s like the coolest thing.”

For such a busy, talented individual, taking the time out to tour with a sibling is certainly admirable. Only now does a streak of Oregon Shawcross rise to the surface: “It’s lucky for him because obviously I am related – so I feel there’s some sort of genetic obligation to support him.” 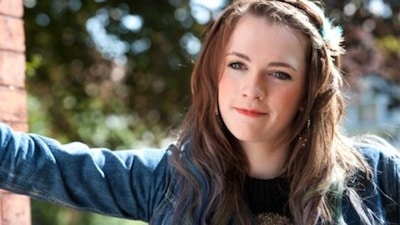