We recently had the privilege of sitting down with our fellow writer Steve Nash to talk about his upcoming book, ‘Taking The Long Way Home’. This multi-tasker of a man has had many titles in the past: student, guitarist, singer, songwriter, primary school teacher, poet, lecturer. At the moment Steve is currently focusing on finishing his PhD in Literature at York St John University while also lecturing full time. ‘Taking The Long Way Home’ is a collection of his poetry that he has worked hard on over the past four years. The main themes in the collection are his experiences from living the life of a nomad, the undiagnosed electrical problem in his brain and his friends that he has sadly lost over the years. 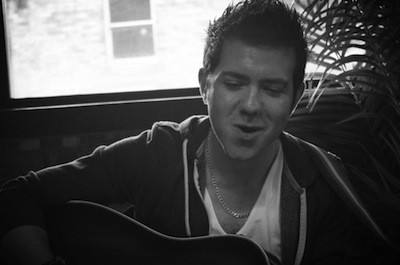 Steve was born in Ripon but swiftly carried away as an army brat to many different army bases before “settling” in Chesterfield for secondary school. “At the time,” he says, “it seems like such a big portion of your life” but looking back it wasn’t even half. He moved to York to attend York St John University for his BA in English Literature and QTS in primary education. After realising primary education wasn’t his true calling he returned to YSJ where he received his MA in Literature Studies. Steve has worked many different jobs at YSJ including a teaching assistant, visiting lecturer and now a full-time lecturer on modules such as Creative Writing and Working with Words where he is much loved by his students. With all these different moves in his past concerning places and positions, it’s no wonder it tends to show up within his poetry. ‘Army Brat’, ‘Wanting To Go’ and ‘Taking The Long Way Home’ are poems included in the book that give us a sense of his wandering lifestyle.

The undiagnosed brain problem means that he has too much electrical activity going on in his brain constantly. This builds until it needs release, usually in the form of a severe focal migraine, but it can also cause blackouts, seizures or temporary blindness. Often when Steve has a migraine “the world sort of shifts a little bit” and that’s when he tends to feel the need to write. He says that it’s difficult to write when he has one of these migraines, but if he doesn’t write down what he is feeling he can never quite grasp what he was thinking about the night before. With poems such as ‘Opsimath’ and ‘Meantime Hospital’, we’re able to get a great feeling and imagine what it must be like to suffer from the unknown.

You’ll find many poems in the book either dedicated to one of Steve’s lost friends or with that being the main subject of the poem. He is able to show us a range of emotions from the pain of losing them to the feeling of how the happy memories still remain with him. ‘Taking The Long Way Home’ was chosen as the title of the book after much deliberation. The poem the book is named after was written about Steve’s best friend Kelly whom he lost a few years ago. When she passed, he was asked to write an elegy. ‘Taking The Long Way Home’ is the one that made the final cut. The poem was written on a beach in Cornwall while they were having a memorial for her. It’s not only about Kelly, but about the writing process and includes the theme of never having a home, always being on the move. With all things considered “it seemed a mark of respect to her to have it as the title poem and sort of dedicate the book to her in that way.” Mala Bergstrom, the artist for the book, has drawn a magnificent picture for the front cover which exhibits every aspect of the poem beautifully and is the only drawing that will be done in colour.

When asked how he feels coming up to the release of the book he gets a bit wide eyed and says, “I’m terrified. I’ve worked seriously hard at it…and it’s so much a part of me. I want this book to be a success.” And a success it will be. With such a strong first collection of poetry there is no room for negative opinions on this work of beautiful art. The final selections have now been sent off to the publisher so no turning back for our writer now.

But what’s in store for the future for Steve? Well, first things first, it’s time to finish his thesis and become a doctor. Even though he’s shown a pull towards the nomad way of life, he seems to be quite happy and content with his life at the moment. “I want to be an academic, ya know? I want to teach and write papers and books.” After he finishes his PhD, he hopes to be kept on as a full time lecturer at YSJ where he can continue to do what he does best. If not though, he’s prepared to embrace whatever comes next, just as he’s always done so brilliantly.

Steve is always telling his Creative Writing students to write something “only you could’ve written. That’s what makes it a great poem.” It’s all about “capturing the human voice, giving voice to the moment in which you find yourself.” It’s clear Steve takes his own advice with a collection full of amazing poetry only he could have written, that captures the human voice so wonderfully you’ll be enchanted from the moment you open the book. 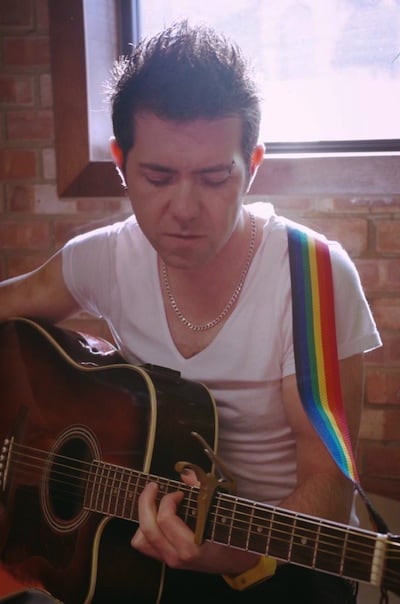