Ahead of their sold out O2 Academy Brixton show this weekend Skunk Anansie have today announced a run of UK tour dates for March 2013! 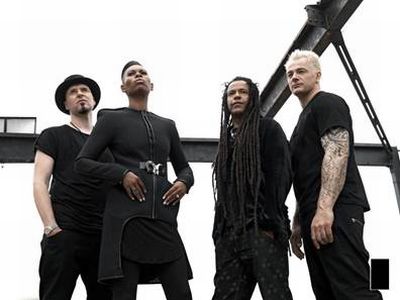 Tickets go on general sale via the band’s website at 9am Friday, November 30.

The band are currently reaching the end of a twenty date European tour in support of their new album ‘Black Traffic’, which has scored top ten chart positions all over the continent since its release in September.

The latest single from ‘Black Traffic’, ‘I Hope You Get To Meet Your Hero’ was released earlier this month with digital bundles including remixes from Gregor Salto and Daddy’s Groove.

The video can be viewed here:

Tickets are £24.00 and go onsale Friday, November 30 at 9am http://www.gigsandtours.com/Tour/SKUNK-ANANSIE/