The Audio Bullys (aka Simon Franks and Tom Dinsdale) have announced that they will be giving away a free track ahead of the release of their forthcoming album (due for release March 2010). 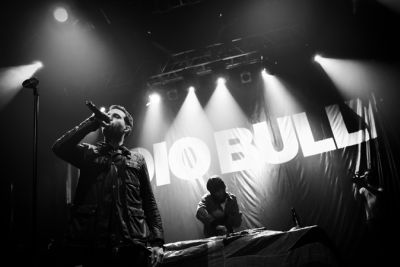 The free download, ‘Kiss The Sky’, will be available for two weeks only from Monday, November 30 at the band’s official website. Simon Franks commented:

“We are happy to give a song away for free to give the fans something and to give them an idea of what is to come next year on the album. We’re really glad to be on Cooking Vinyl as we’ve seen how well they’ve worked with The Prodigy.”

Their third as-yet-untitled album will be released on their own label Face Piece, in conjunction with Cooking Vinyl.