By Francesca Fortunato May 1, 2013 CD, Reviews
No Comments

Legendary Finnish band HIM never do anything by halves and their eighth album, ‘Tears On Tape’ is no exception. Since forming the band in 1991, HIM have accumulated not only an incredibly loyal fanbase around the world, but also an abundant discography full of solid hits. Fans have been patiently waiting for this album since 2010 when its predecessor was released and we’re pretty confident that it won’t disappoint. 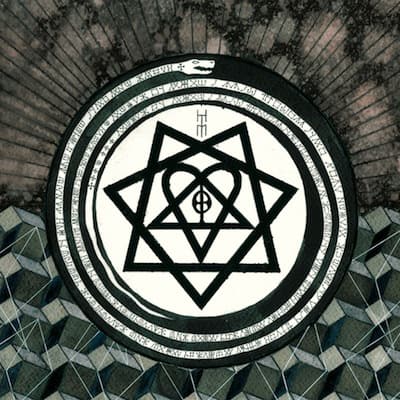 In typical HIM fashion the album starts with a haunting and beautifully melodic instrumental track, ‘Unleash The Red’, that leaves you on the edge of your seat, awaiting what the next track will hold. The second track, ‘All Lips Go Blue’ kicks off with a heavy, guitar-based intro, leading straight into singer Ville Valo’s striking vocals. With infectious and memorable lyrics, an elaborate guitar solo from Mikko Lindstrom and the expected solid musical showcase from the band, this is one of our favourite tracks on the album. However picking just one is proving to be a difficult task.

The album continues with the equally impressive ‘Love Without Tears’ which creates a perfect combination of catchy melodies, hard rock instrumentals, and beautifully haunting lyrics that one can only expect from a HIM album. Even the slower tracks on the album such as ‘Tears On Tape’ will be stuck in your head for weeks. Janne Puurtinen’s stunning piano intro and melodies throughout the track really set it apart from the rest, while still keeping the heavy edge that is typical of most HIM songs.

We are slightly thrown off by track 11 from the 13 track album, ‘Lucifer’s Chorale’ which just appears to be feedback from a guitar amp, but the final track of the album, ‘W.L.S.T.D.’ make us quickly forget about anything else. Valle’s vocals hit a deep baritone in this song which really resonate and remind you how exceptionally talented this band is as a whole. This track is sprinkled with rocking guitar solos, pulsing bass lines from Mikko  Paananen, and remarkable drums from Mika Karppinen. This track flows perfectly into the piano oriented ‘Kiss The Void’ which is the perfect way to finish this album in our opinion.

‘Tears On Tape’ takes you on a musical journey; starting at the rabbit hole, running through wonderland, almost getting your head cut off, and back on the other side, safe and sound leaving you disoriented and with many new thoughts to ponder.