Elvis Costello and The Imposters will bring their new show to the U.K. for their first tour of the decade in February and March, 2020.

The tour is entitled, “Just Trust” in answer to the musical questions: “Will they play my favourite song?,” or, “Are they going to frighten the horses with songs that are rarely performed and send some of their old nags off to pasture?” When ticket holders ask, “Can I expect the hits of yesteryear and those of tomorrow?”

We say: Just Trust Elvis Costello and The Imposters. Soundsphere Mag will be at the Sheffield City Hall show to see this “New Wave” legend and some original players in action

This superlative ensemble – Steve Nieve on keyboards, Pete Thomas on drums, and bassist and vocalist, Davey Faragher – are once again augmented by singers Kitten Kuroi and Briana Lee, all of whom were heard on the acclaimed 2018 Concord Records release, ‘Look Now,’ numbers from which will find their rightful place among the highlights from one of the most unique and renowned song catalogues in popular music.

Elvis Costello and The Imposters most recent record release was the E.P., “Purse” containing songs co-written with Burt Bacharach and Paul McCartney along with musical settings of words by Johnny Cash and Bob Dylan. It is available from all reputable phonographic emporiums or if you go fishing in the stream.

Get it while you can. 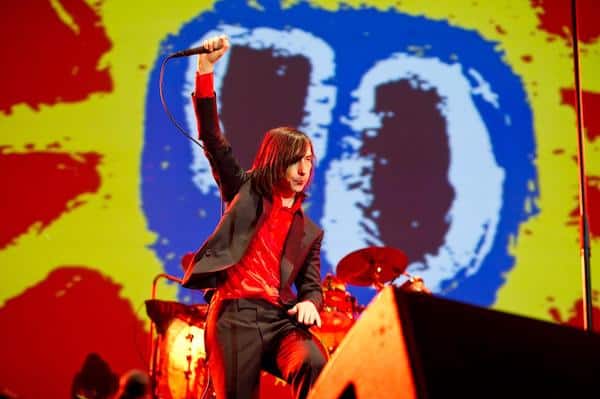