With her third album, ‘Exile in the Outer Ring’, set for release later this month (August 25th via City Slang), EMA has shared a fourth and final track. 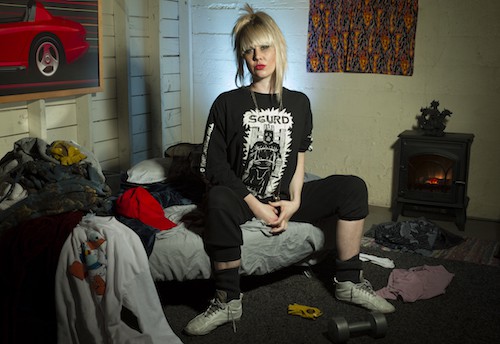 “Blood and Chalk was originally written for the #Horror soundtrack” explains Erika M. Anderson (aka EMA). “I wrote the lyrics very quickly, with the idea that it was about the experience of being a 12 year-old girl, kind of right on the cusp between childhood and starting to grow up. But when I played it for Jake (Portrait) he said he thought it was about a police shooting. I was kind of shocked, but it also makes complete sense from that point of view. Makes me wonder if my subconscious mind was working on a different level, creating a double meaning.”