Bottlekids open up on mental health, the state of the music industry

In our next Artist Interview, we chat to Bottlekids, who are wonderfully open and honest about their thoughts on the modern music industry. 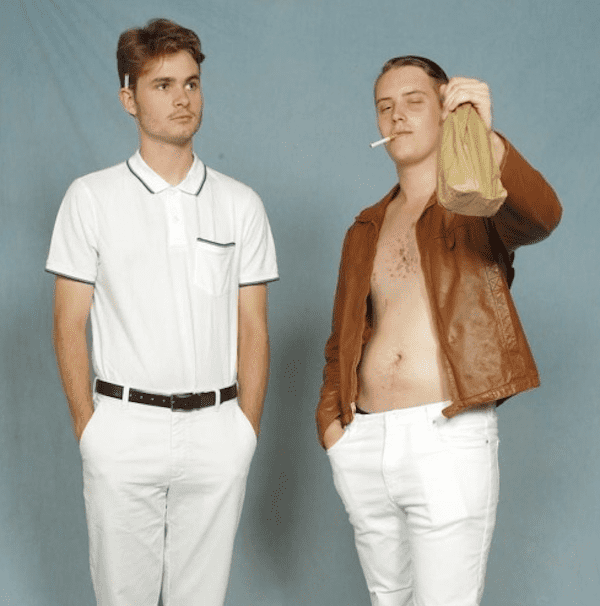 S] Talk us through your main inspirations as a band?

Bottlekids: Musically, any 80s band that was doing something interesting is probably a good start for our sound. Depeche Mode, Joy Division, Cleaners from Venus, bands that expressed the sort of darkness hanging over anything at the time. Probably a contributing reason everyone is looking back to era, nostalgic for something they didn’t even experience. It just feels the same, a replay of that political doom, but an explosion of technology in the culture. From there, there are bands like Big Star and the Beach Boys, bands that did everything we’ve done, but better. I don’t know how you can make a pop song these days and not owe it all to guys like them. We don’t listen to a ton of modern music as like inspiration, but we did kinda form the band over a love for Alex G. And since, we’ve been into ARTHUR, Alex Cameron and Kirin J Callinan. Some of the most genuinely interesting modern music. Thematically, though, all our lyrical content comes from unfiltered internet access since being kids. Like we both know our brains are pretty rotted from the dark things you just routinely find on the internet, porn, freaks trying to reach out, weird things like that. It’s incredibly addicting and there’s no way out and everyone is pretty ok with that. I guess we’re ok with that too, I mean we love spending hours in a rabbit hole of some weird incel community site, but we can only process it through art. Everyone else just has to deal with it and not respond to it.

S] What would you say, aside from Covid are your biggest challenges right now as a band?

Bottlekids: Exposure? Probably exposure. Money, too. Honestly just buy our music on Bandcamp if you like us and we’ll feel high for weeks. But that’s like every band at the stage we’re at. Every band right now has to compete for peoples’ attention against a bunch of crap that’s way more interesting. How are we, a psuedo-synthpop band, supposed to compete with an endless stream of beautiful women, men, and memes you can download at any point? You used to get people physically in front of you, like at shows or even just on the radio, in front of a TV. People now really want to have a reason to listen to your stuff. We’re not a meme quite yet, so we don’t have that instant ‘Tik-Tok’ advantage. Maybe we sound like boomers..but we’re just gonna keep making music till it’s so good people have to listen. One day you’re gonna be talking to your gram, or hanging out with that co-worker you secretly want to be and they’ll be like “You ever hear Bottlekids? You probably never heard of them, but they’re really good.” We guarantee that will happen to you in the next few years.

S] I dig ‘Simulacra’, what inspired that track?

Bottlekids: Thanks, we appreciate that. At the time of recording that we had recorded most of the ‘Incel Dreams EP’ and needed one more banger to really round out the tracklist. We decided that making synthpop-inspired stuff was really working for us, using mostly synthesizers as instrumentation, 80s drum machine drums, heavily produced guitar riffs, etc. So it all came together on Simulacra. We laid down that beginning synth progression and the lyrics just came easy. Lyrically, the song is pretty esoteric, pretty strange. There was a lot of dark philosophy reading going on, guys like Mark Fisher and Bifo Berardi, guys that make you feel real depressed about the future. But they remind you there was a world before this one. There was like a pre-9/11 world, kinda crazy. There was a world before capitalism made you feel depressed and impotent. “There was a world before this world.” We didn’t expect anyone to catch any of this. People have just told us it’s real catchy. That’s all that matters.

Bottlekids: First of all, winning the Andrson Uploaded Songwriting Competition. We’re in the last 10 finalists, we’re the underdogs, but we’ve got the guts and the heart to pull through. Nobody else in that competition sounds like us (Give Bottlekids a follow on instagram @bottlekidsmusic to get the latest news on that competition), so if you love us, go tell Andrson Music so. But from there, it’s all uphill. We’ll have a bunch of cash, some records pressed. Once we’ve paid some debts we’ve racked up, we’re putting it into a tour or something. Whatever we can do to get our names out there. The thing about us is that we don’t stop fighting. A lot of people told us we were never gonna make it. And up to this point, they’re absolutely right. But in 2021 we’ll put up music so good we either get an audience now or in twenty years some dude from Pitchfork writes about us as an overlooked gem. It’s honestly the public’s choice, we don’t have a say in this.

S] How do you define success as artists now – what does it mean to you?

Bottlekids: Eh, we’re pretty modest about what we do. The only end goal we have is for people to respond ‘Hell yeah’ when we put something out. As in, someone’s listening and thinking ‘yeah these blokes are pretty good, I like what they do.’ I guess we kinda have that ego-driven idea too that we might connect to someone, change someone’s mind, or make them feel a certain way, but if they throw us on their shower playlist we’ve already won. Down the road, when everyone’s shot up with vaccines, there’s a hope that we might witness some people get really hyped for what we’re making in person. But that’s what comes to mind when we think about it real abstractly. When we’re making the music, we just want it sound good. Every album or EP or single we’ve put out has been better than our previous work. That progression is what keeps us going. We just want to see how far we can take it. Thanks, Soundsphere.