In our latest spotlight, we chat to Henrietta Harper from Tiffany Twisted about legacy, success, and more. 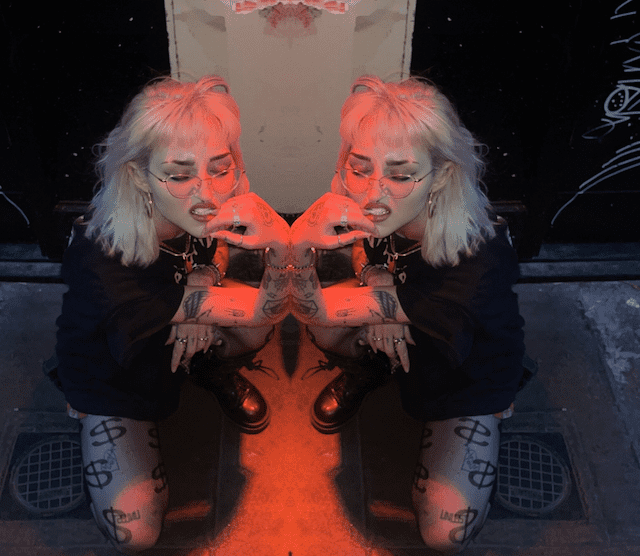 I am very good thank you, just hibernating making new music, and trying to survive the British cold!

I find that success is actually such a hard thing to define as an artist because those goalposts are constantly moving. Once you have touched somebody and made them feel like someone else understands how they feel by listening to your music, you have already achieved success in my opinion; but then it goes from wanting to connect with one person to wanting to connect with a whole stadium of people.

S] What motivates you outside of music – think people, places and movies, for example?

Artists and their stories have always been a huge motivation for so many aspects of my life since I was a kid. The old-school Kerrang and NME print mags with those double-page posters heavily influenced who I became! Having inspiring friends has also been really vital because they’re the people who continually push me forward and tell me I can do anything even if I can’t see it, plus I never want to get left behind!

S] Do you think much about your legacy as an artist?

A legacy is really an important part of it for me so it’s something I often think about. I want to be making music and touring until my final days. The idea that after you’re gone people are still moved by what you’ve made and maybe pass it down to their kids is the most beautiful thing you could ask for. Plus, who doesn’t want to end up in The Rock & Roll Hall of Fame!?

S] How important is the visual aspect of what you do?

People want to connect with you on every level as an artist and to be able to visualise the message you’re trying to put across, along with the music, is such a powerful thing. I always thought I found that side of things a lot more difficult than making music and I felt for a long time that my brain wasn’t particularly well-equipped for visual creativity but I ended up shooting and editing our recent music videos and discovered that I really loved combining the two parts so I really see the importance of it. It’s somewhere I am now paying a lot of attention to.

S] What is your message to those who have supported you, and will continue to do so?

I really don’t think its easy to put into words how much gratitude I have for the people who’ve supported me so far, they really are the reason I don’t give up and I think I speak for a lot of artists when I say that they are very often the reason we’re here at all.

S] Anything else you’d like to plug that we’ve missed?

Go check out the music video for ’333 ft SUMMER ALONE’! We shot it on Hampstead Heath in North London and almost burned the forest down. There will also be a new release coming with another feature in the next few months.