In our latest Band Interview, we chat with Matthew Barratt from Hull alternative rockers, King’s Horses. 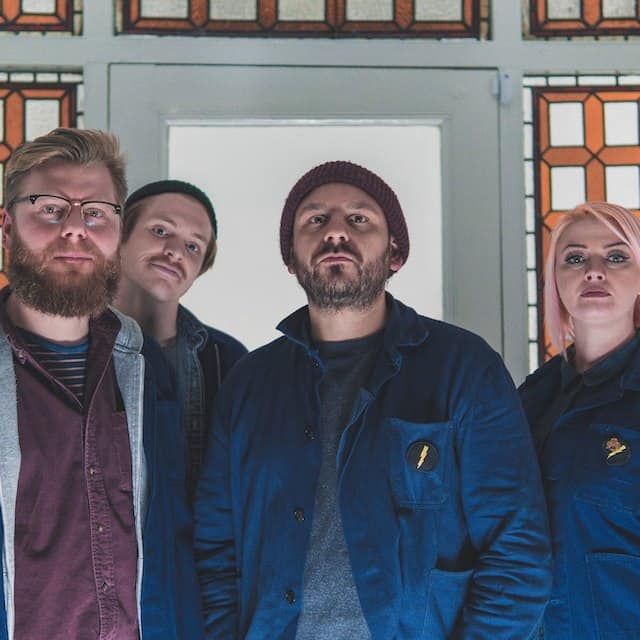 Talk us through what ‘Waveforming’ means to you?

The title of our debut album ‘Waveforming’ is our reinterpretation of the term ‘making music’. I like the vagueness and almost ‘made-upness’ of the term as it can be interpreted in many different ways. We’ve referenced the sea in a few of our previous songs ‘we are the dead’ and ‘in the waves’ so maybe subconsciously that inspired the title too.

What the actual album means to us is everything really. To write and record an album’s worth of material has been a labour of love but one that we will always have to look back upon and be quite chuffed we did it, especially as we’ve had it produced onto vinyl, a lifelong ambition. We just hope as many people as possible can get to hear it.

How has the band’s mission statement developed since you started out?

Lots have changed since we started out 4 years ago. We’ve never had mission statement as such but we always wanted to get our music heard by as many people as possible. That hasn’t changed, but what has is the realisation that naively you could just release music and fans would come flocking, praising your every song with lovely words. It’s hard work marketing your music (and rightly so) in an oversaturated industry. It just makes us more determined to write better songs, perform better live, and try and stand out for all the right reasons.

What would you say, aside from Covid are some of your biggest challenges as a band?

Just getting together to practice and releasing the album without being able to do an album launch is frustrating – these are all down to covid!

Apart from that, like the last question, just getting people interested in what we’re doing. We’ve had some fantastic feedback though, from people who have bought the album, we’re so grateful to everyone who’s backed us and bought it. Social media, getting together more as a band, not having enough money to record all the time, and having tonnes of ideas but not being able to bring them to life are quite frustrating.

The only success we’re interested in is people liking our music. If someone tells us they really like what we do then that means the world to us. It’s why people start bands in the first place, isn’t it?

If you could soundtrack any existing film with King’s Horses music, what would it be, and why?

What a great question, er, something melancholic, abstract or something that makes you think…I absolutely loved Thom Yorke’s ‘Suspiria’ soundtrack, to do something like that would be ace, however I’d settle for anything. I’ll go with Dead Mans Shoes.