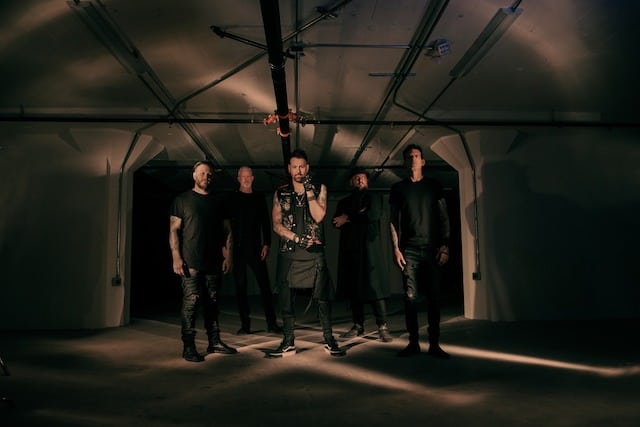 Ryan Shuck grew up dreaming of playing Letterman, and other major televised talk shows. In 2022, with multiple bands he has done that, multiple times in previous years. For Shuck, that “should” have been it, having sold millions of albums, across multiple genres. “I should be done [with music], but it really doesn’t end. All those things I thought were pinnacles, are not.”

Despite the well-documented internal struggles of his various projects, Ryan is now at a point where he feels he can take control of a brand like Adema. He says: “They were left high and dry by their founding lead singer, as well as problems with other members. That’s a challenge for me, to take that and make it legitimate.”

Shuck goes on to discuss his mission statement for the future, and his projects now: “We want to have fun, we are here to create awesome sh**t for our fans to interact with, and enjoy.” Having dealt with his own addictions over the years, Ryan wants to use what influence he has to inspire and motivate those fans: “We’re not here to be miserable, we are here to learn. When it comes to my legacy, I want people to know that I had struggles, I have been an alcoholic, a drug addict and done some bad things, but look at what you can do if you face your problems. I want my music to be a soundtrack to help people get through those things.”

Having just come out of 78 days of rehab, Ryan acknowledges that he has made positive changes in his life: “I have been able to change, and focus, really heavily on my ethics and things that make my life, and art, work.”

Ryan’s ties to Adema are very deep, he and Dave DeRoo (Adema’s bassist) were both members of SexArt with Jonathan Davis (Korn), and while he knows Adema have had some success with others singers, he is focusing on his future with them: “When I came in, I wanted to focus on what I think the core of the band is, and the thing that made people fall in love with them in the first place, and that is albums one (‘Adema’) and two (‘Immortal’). The new album (‘360 Degrees Of Separation’) is heavily built on that sound, but with new ideas mixed in.”

Ryan (who prefers Europe’s cold weather to the Californian heat) hopes to bring the Nu-Metal Revival Tour (Hed (P.E), Crazytown and Flaw) that recently finished in the US, to Europe and the UK soon (early next year). As we finish up, he reflects so positively on the memories he has with the bands he’s just toured with: “We came up with Hed (P.E) and Crazytown. Now, there’s a big revival for nu-metal, and the people that pioneered it, like Korn, and Adema.”

Shuck has many positive memories of playing in the UK as Julien-K, and Dead By Sunrise, and is clearly so excited to return: “The rock fans in Europe are wonderful, especially in the UK. It’s going to be a whole different experience with Adema. There are less people in Julien-K, and it’s more ‘technical’. In Adema, it’s five guys on stage making noise. It’s so much fun, and I am really excited about it.”

For more information visit Ryan’s Instagram, and the Julien-K Patreon.

Watch, and listen to the full chat on Ryan’s personal development, and progression as a person, and an artist below: