Debuting as When the Bell Rings in 1954, The Bash Street Kids have been a staple of the typical British child’s bibliographical diet for as long as most of us can remember. Although probably not a cognitive thought process, the kids’ names aren’t their actual real names. The real name of ‘Freddy’, or ‘Fatty’ as he’s been known for decades, has always been Frederick Joseph Brown. Freddy, often when in trouble with his mother or Teacher, has been called ‘Frederick!’ many times throughout the strip’s long history. DC Thomson & Co recently announced the character’s new nickname will henceforth be Freddy, with ‘Fatty’ being deemed inappropriate for audiences in 2021. The announcement was made in The 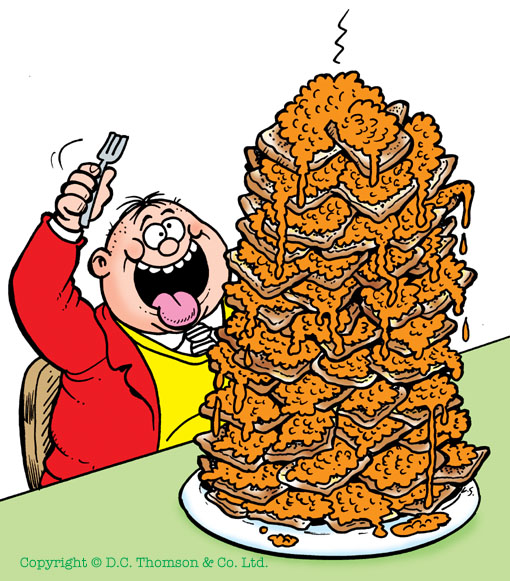 Originally conceived as a typical classroom of typical schoolchildren in typical middle England, The Bash Street Kids have undergone very little change over the years. Frozen in time, the children write at traditional wooden desks with inkwells, the teacher, appropriately named Teacher, dons a mortarboard and gown and is subservient to his wife, the domineering Mrs Teacher. Most main characters’ nicknames are fun and affectionate shortenings of their real names for the most part, for example Plug’s real name is Percival Plugsley, whilst other characters, such as Freddy and Spotty are named for their appearance.

As times have changed, the British have steadily adapted to change. Despite being traditionally governed by conservative governments, the United Kingdom is quite a left wing country compared to others, with a very socially aware readership. It does seem only natural that, in order to quell school yard bullying, characters such as Fatty undergo editorial change to be more politically correct, or at least, socially acceptable. All this, of course, is while the character’s weight has never actually led to him being a victim of bullying within the panels of the Beano’s comic strips, and the change in name not affecting Freddy’s character or personality.

The change has proven controversial with some older fans, but others welcome the change. British comics legend Lew Stringer writes, “It’s no big deal, and doesn’t affect the stories at all, but hopefully it will avoid readers from considering “fatty” as a justified insult to use against their classmates.” We can’t help but feel Stringer is absolutely justified, and if but one child is not bullied in the future because of this rather minor change, then it’s difficult to argue against Stringer’s views.

Leo McKinstry of The Daily Mail, offers a different view. McKinstry suggests “woke enthusiasms threaten to airbrush” British humour, and claims “The Beano is being “turned into a ‘safe space’, free of ‘triggers'”. McKinstry is a self-confessed ‘fatty’ and apparently sees no harm in schoolyard banter, but is quick to point out he does not condone real-life bullying. We can’t help but wonder what kind of bullying can be condoned?

The Beano was first published in 1938 by Dundee-based publisher DC Thomson & Co Ltd. The comic celeb rated its 80th anniversary back in 2018, with superstar comedian and author David Walliams guest editing the anniversary issue, number 3945.