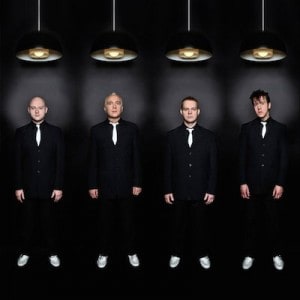 A testament to the Machines’ dedicated fanbase, the entirely crowdfunded album hit 100% of target total in 80 minutes, and 200% in two days. There are still three months left to go! The band have previously had plenty of success on PledgeMusic; third album, ‘Remain In Hope’ hit over 500% of its intended target and garnered excellent reviews from mainstream press, receiving 8/10 in Classic Rock, 5/5 in The Sun.

This is no ordinary pre-order campaign, with exclusive content for subscribers, starting with a free four-track 80s covers EP for download. Also planned is a live album, acoustic sessions, video interviews and updates, an online gig, etc. Also, the band is donating 10% of everything to MIND, the mental health charity.

Catalyst comments on just how important ‘Brain Waves’ and the fans’ involvement is to the band: “It means everything. In the grand scheme of things, we are a tiny band, but the people that care about us really care. That means far to us more than having half a million people who quite like the band,” he says. “People being willing to part with their hard-earned cash to fund our records – especially in the current climate – is a huge deal to us, and we intend to repay them ten-fold. It’s a two way thing. They pay and we graft, for them. It worked out pretty well last time, so we’re hoping it works as well this time.”

For more information, and to get involved with Eureka Machines’ PledgeMusic campaign visit: www.pledgemusic.com/projects/em4

The band will tour the UK throughout May – dates below!