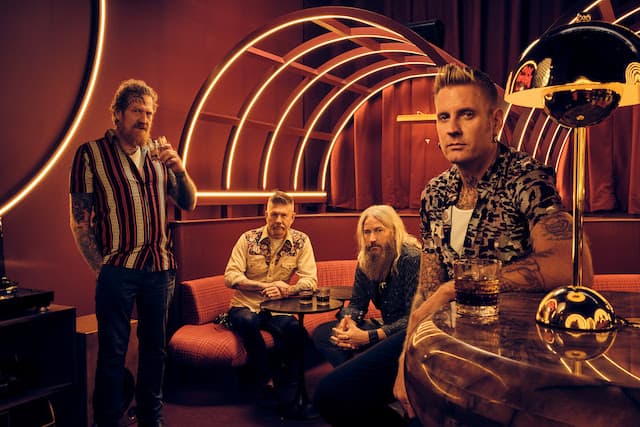 Their first full-length studio work in four years, HUSHED AND GRIM was recorded in their hometown of Atlanta, over the course of the past 12 months with producer David Bottrill (Tool, Rush, Muse, Peter Gabriel). Their most ambitious body of work to date, each of 15 tracks, survey the sonic landscapes of the band’s vast confluence of influences and inspirations. An atmosphere of very real loss, loneliness, and longing permeates through the trio of cathartic vocals as they musically say goodbye to old friend, confidant, and longtime manager the late Nick John by architecting an affecting, intense body of work that bears the influence of his eternal memory. HUSHED AND GRIM represents the next step on Mastodon’s endless path of natural evolution. By removing boundaries and creating in a free form they evolved with a combination of newfound melodic confidence and their signature musical intricacy intact. In the end, HUSHED AND GRIM is hard-hitting, hypnotic, and heart-wrenching. More than ever before, Mastodon continue to be one of the most influential forces in modern rock music.

Mastodon will return to the UK in 2022 for Download Festival.

hushed and grim newsmastodonsickle and peace