Daniel Birch explores the rise of the Hipster cult in the UK and its relationship with dance music. 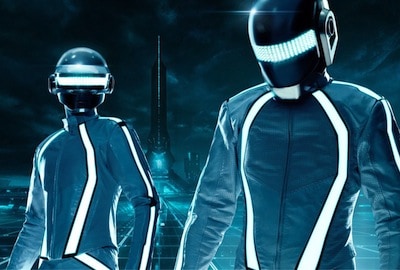 The recent revival of the euphoric setting of early 1990s house music is taking people back through time and beyond the future once again. Its recent wave into the charts once again is a sign of yet another trend but its roots remain underground in this particular, current field spawning what could be described as a mash-up of different subcultures.

One of these is that hipster culture has become part of the new wave of electronic music since taking over the UK. Its prognosis is barely mentioned in the music pages of the national press because of its part in the youth movement of today where previous cultures that included underground acid house and the football fanzines were also rarely mentioned.

Different topics of news apply to different audiences; indeed critics could argue that hipster culture applies only specifically to a student audience but arguably this age range is critical in many ways to the shape of musical periods exploring over a period of time. Teenagers, students and 20 something people have grown up largely with the internet, of course that is home to a thousand services championing music but it is always important to listen to the age group particularly within regards to the movement.

Since coming through to the UK, hipster culture marginally appearing through the internet and various related media is involved in a series of things including a crossover of vinyl records, art and design, niche brands. Fashion has been hitting on increasing retro drives developed considerably over the last few years largely inspired by the high-street retailer, Urban Outfitters. Independent niche and clothes shops are selling the things that you will need as a token gift for a coffee table and there is an element of a submerge of festivals providing graphic artwork, including the Parklife Weekender that brings 2013 to a faded P-30 camera look which defines the era but also through bringing a scale of emergence.

Musically, the rise once again of house and disco too has been played on a backdrop of a revival of pre-internet technological inventions including vinyl and cassette, which have been evoked alight by the movement. The music coming out lends itself to euphoric vocals almost trying to capture in a rage the spirit of the early 1990s almost like everyone was young first time around but taking the sound to measures in different ways but there are other kinds of music around too.

For example, disco is also in the emergence, played in the backbeat of a series of underground club nights across the UK mainly based on the 1980s element. Mono_Cult in Leeds is a big example of this with regular DJs mixing in disco and funk sounds. In the mainstream, Daft Punk and Niles Rodgers’ collaboration of ‘Get Lucky’ has been a catalyst for the disco movement with the song number 1 in the UK for just over a month. If the album is anything to come by, it could be a pioneer for disco’s revivalism. If it can manage to get more people interested in disco music and attending more parties, then this can only be a good thing. There are other minor examples of albums that set a particular period including La Roux’s self-titled album in 2009 for the synth 1980s revival and more majorly, Primal Scream’s ‘Screamadelica’ in 1991 that defined the post-rave comedown.

Perhaps what is most contrasting with these genres of old is this wave of music’s comparison to the flavour of Ibiza-trance R&B that originally swept the charts two years ago. The sound is largely credited to Will.i.am who spearheaded the Black Eyed Peas from a hip-hop direction to a new mixed infusion. The big-beat sound largely influenced by late 90s trance and possibly circa 1991 Hip-House that spoke lyrically about the feeling of being in the club and being part of the social perspective, the effect largely arguably influenced by television programmes such as Jersey Shore and The Only Way Is Essex.

There are records still in the mainstream, David Guetta’s ‘Play Hard’ and Pitbull’s ‘Feel This Moment’ both are songs still out currently in the downloaded charts. However there seems to be a gradual shift once again with electronic music becoming more serious in nature.

In the charts, ‘Need U’ by Duke Dumont has an expertly-timed chord change seemingly borrowed off Kevin Saunderson and Inner City’s ‘Big’ which prompts nostalgic memories of lifting hands in the air on an airfield and seems Disclosure’s ‘You And Me’ a fresh-sounding garage track with Eliza Doolittle vocals almost sounds like it owes its favour to the re-emergence, played regularly under the cosh of MCs in the already mentioned Boiler Room.

In the pop culture book, ‘Retromania‘, the author Simon Reynolds said he was worried that through this cycle, we had run out of ideas forward. This is a critical point worth exploring but history can define itself in the way further forward, we should enjoy the process of revivalism and different subcultures mixed in in the blend of youth culture in the this time, now.