The wait is finally over! The hottest new band in heavy music, Canadian metal outfit Spiritbox, have today announced the long-awaited release of their debut album, ‘Eternal Blue’. Set for release on Friday, September 17th, 2021, pre-orders are available now here. 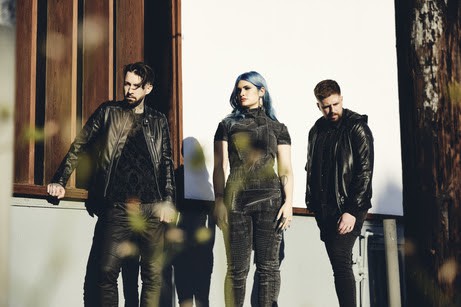 Speaking on the announcement of their debut album, Spiritbox vocalist, Courtney LaPlante shares,

“We are very anxious to release our album, it is a body of work we have been accumulating for over two years. Having the recording process put on hold for so long due to the pandemic has made me see that I can never take the experience of tracking an album for granted ever again.

I must say that although we never intended to wait so long to do this record, I think it did help the songs become stronger. I am so happy with every single song, I wish I could release each one as a single with a music video. They all reflect different moments and influences in our lives.

We have had enough time to release the exact music we would like to put out into the world, with no need to compromise. Every single note and every single syllable is the music that we have always dreamed of making and we are very proud of it.”

Speaking on the release of new track, ‘Secret Garden’ she adds,

“I think this is the most scared I’ve been to put out a song, because I realise as we continue to release music in single format, listeners can start to assume what kind of band we are, and are alarmed when we do not meet those assumptions. I want to continue to showcase the fluidity that is inherent in heavy music, and even though this is just one part of a full body of work that may not sound exactly like this song, it is a song that we love and are obsessed with. I celebrate variation. ‘Secret Garden’ is exciting to me, for this reason. I’m scared but excited, like I’m about to hit the big drop on a roller coaster, and I’m fully embracing that.”

Today’s announcement comes hot on the heels of the band’s previous single release at the end of May for track ‘Circle With Me’ which charted on Billboard at #1 Hard Rock Digital Song Sales and has already clocked up 4.3 million streams to date.

Prior to ‘Circle With Me’ the band released two break-out, hit singles last year – the heart-breaking and otherworldly ‘Constance’ and the unrelentingly brutal ‘Holy Roller’ which debuted at #25 on Billboard’s Hot Hard Rock Songs and charted as the #1 song of 2020 on SiriusXM’s Liquid Metal.

Named after a device some believe is capable of communicating with the dead, there’s a sense of the paranormal running through all that Spiritbox do, but this is a group of artists who are very much brimming with life and creating something remarkable with their music.

Characterised by fierce intensity, unwavering emotion, and technical splendour, their debut full length album ‘Eternal Blue’ is destined to latch onto the hearts and minds of those who hear it. It is that connection between fan and artist that drives Courtney, Mike, and Bill in all that they do as the Spiritbox phenomenon continues to grow bigger and bigger. The album also features a special guest appearance from Architects frontman, Sam Carter, on the track ‘Yellowjacket’.

Having toured the world many times over with their previous bands – metal outfit iwrestledabearonce (Courtney and Mike) and pop punk band Living With Lions (Bill) – Spiritbox absorbed the highs and lows of living as working musicians and decided to try a different and more sustainable approach when it came to releasing their music. In doing so they quickly garnered a cult-like online following which has led to over 75 million streams across all platforms and sell outs on every physical release and most merch items they’ve released to date. Towards the end of 2020 they announced that they had signed with world renowned label, Rise Records in partnership with Pale Chord.

The band are scheduled to perform at a number of major festivals across Europe and the US this year, including: