Eric Bachmann talks about Archers of Loaf, the band’s legacy, Reason In Decline

Dom Smith catches up with Archers of Loaf vocalist, Eric Bachmann to discuss the band’s legacy, their early success, and new album, ‘Reason In Decline’. 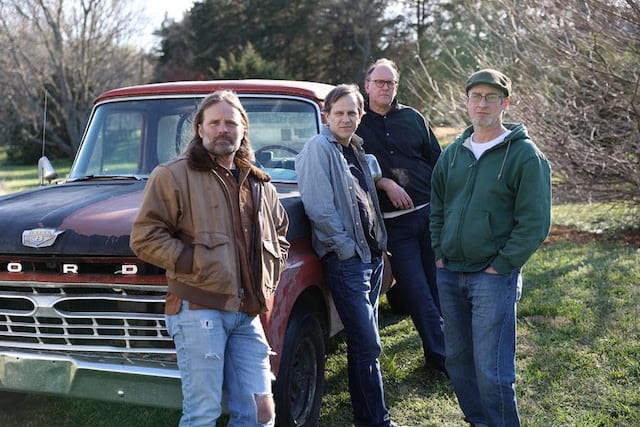 “I view myself as a person, and an artist. Being able to do what you do, and get paid for it, is success. I feel successful that way, but it’s also a real challenge.”

Despite being able to work full-time in music, and having the legacy of a band like Archers behind him, Eric reflects, saying that success doesn’t equal happiness: “Legacy requires other people to have an opinion about it,” he comments. “When you start creating, and relying on other people’s opinions, it’s not as rewarding.”

“I’m a lot better at managing my anger than I was back then,” says Eric, on how he has changed and developed since the creation and beginnings of the band. “The music was quite therapeutic for that [anger]. The music sounds angry, because I was an angry little dude. I enjoyed the feeling of being in a band, playing loud and screaming into a microphone. Now, I try to capture that feeling, because that’s when you really feel connected to whatever it is you are doing.”

Things have indeed changed for Eric, at 52-years-old, he comments on his progression: “I would never have had the capacity to have a child back then, or be in relationships. I do miss having that freedom. I wish I could get into a car and tour all the time, and write records. The amount that I have learned though, is so vast.”

The new album, ‘Reason In Decline’

“I think the album has a good pace, where it is not too fast, or too slow,” says Eric. “If anything it does tend to be faster songs, but none of them are that angry, and punk. There are actually some mellow songs on there!”

Eric talks about the value of making what you feel compelled to, as an artist: “There’s a lot of politics on the record, talking about the lack of media, and journalistic responsibility in a country. There’s a lot of anger towards The Trump Administration on the record. There are also love songs that create a mood.”

A message to fans

Eric feels so grateful to still have the support of Archers fans years later, through the hiatus, and then upon their return. While touring is difficult with jobs, life and other responsibilities, fans in the US may get to see the band do a few shows. Interestingly there is also talk of a UK tour next year, as Eric does enjoy our cold weather! “There’s talk of the UK, and Europe in the later half of next year. We’ll tour the US a little bit, then after that in the summer, we are hoping to go overseas! There’s hope. We love playing in England, and Europe!”

Watch the full chat, with tips for young people on being in bands, the themes on ‘Reason In Decline’ and more below: