Puddle Of Mudd’s Wes Scantlin on mental health, God and what success means to him

Home » Puddle Of Mudd’s Wes Scantlin on mental health, God and what success means to him

Dom Smith from Soundsphere chats to Wes Scantlin, lead singer of Puddle of Mudd to discuss personal struggles, religion, advice on mental health along with writing more optimistic music and his breakdancing past. 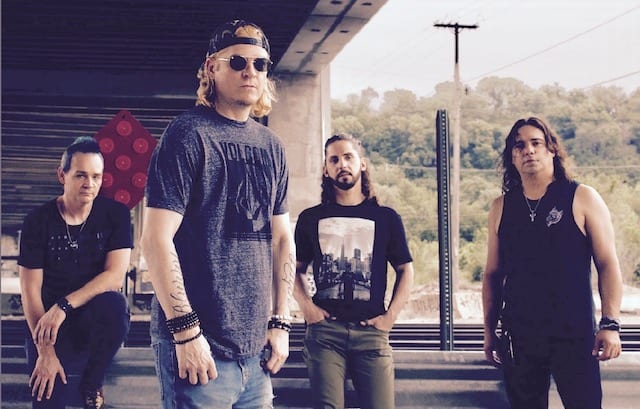 It’s a strange time for all of us currently, for Wes Scantlin, who has been isolating with his best friend and two dogs, being in quarantine is really weird, especially when they have a show coming up: “Yeah, and right now I’m actually on the fence about doing this show in Missouri on the 26th, just because the virus since everybody started looting and thieving and doing whatever they do and burning and mayhem, I’m undecided you know it’s like what else should I do here?”

Wes started Puddle of Mudd back in 1991, and the group had a string of successful albums, selling 7 million copies to date along with many successful No.1 singles in the US Mainstream Rock chart, and with top ten singles across the world. The band are beloved by many, but what does success mean to Wes? Scantlin explains his definition of success in a humble way, “At the beginning of life, when you accomplish something that you don’t receive any kind of money or pay or anything, but inside of your heart and soul and mind gives you joy, that to me is success.”

Along with that success comes personal struggles also, Scantlin has a past of numerous run-ins with the law on drug offences along with driving under the influence. In 2020, Scantlin has religion and is very much influenced in his daily life by wanting to serve God. When we asked what he has learnt about himself, he remarks, “First and foremost, keep God first place all the time, and believe that he is with you and he is giving you the gift and just pay attention and listen and be a good student of God and everything, in the end, will work out perfectly.”

It all comes back to finding inspiration for Wes, as an artist: “You gotta reel yourself back in, you can succeed, and you can actually break through to the other side of the wall that has been built around you your whole life with conformity and political stuff and bad laws, you can always rebuild, and you can always obtain success,” remarks Scantlin. He sums it up perfectly with “It’s all addictions really, and you’re just getting rid of addictions that are shitty and bad for your health.”

In terms of new material from the band (‘Welcome To Galvania’) can perhaps be considered more upbeat compared to their earlier work (‘Come Clean’), “I just want to give people hope, and give myself hope too, he says. “It’s a challenging thing to do, and you know I am happy to be a contributor to it, and I’m just happy that everything is just working out all right.” Being at the level he is, he gives some advice for bands wanting to make it today that may be influenced by Puddle of Mudd. “I would suggest that you go with the flow, if you catch an awesome wave and like catch an awesome vibe like we did, go with it, it just feels good, and you can go with your gut on it, there’s been many times in my life where I was like I should have gone with my gut but didn’t.”

Scantlin also mentions a love for breakdancing, which goes back to his teenage years, where he used to enter breakdancing battles. “I just love dancing, I love to dance it’s one of my favourite things in the world to do, and I can just act like a goofball, so my thought is if you want to get happy then say a prayer and then start dancing.”

Alongside being a great musician, Wes Scantlin seems to be in a great place now, with a lot of positive influence, especially when he thanks everyone he has worked with over the years: “From top to bottom I thank anybody and everybody who worked with me on any kind of project be it music or film or helped me to be a responsible, loving father, I thank all those people from the bottom of my heart.”