Next year marks three decades since the release of Life of Agony‘s critically acclaimed and game-changing debut album, River Runs Red, on Roadrunner Records, and the group are celebrating this milestone with a 2023 world tour. 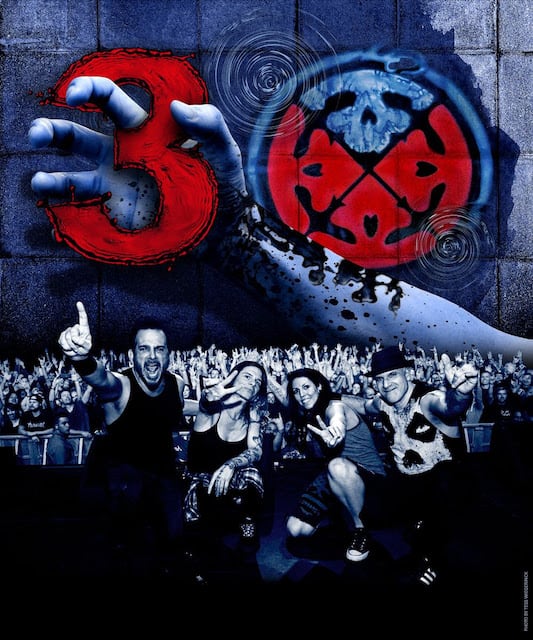 The first leg of Life of Agony’s 30 Years of River Runs Red tour kicks off in Europe with dates starting on Friday 13th January in Bochum, Germany and ending in Milton Keynes, England on 11th February. Main support will be fellow New York veterans Prong (EU) and Madball (UK), with rock duo Tarah Who? opening all dates.

“River Runs Red was an album that helped so many people get through some really dark times,” explains Life of Agony bassist Alan Robert. “It was raw, heavy, and extremely emotional when it dropped back in ’93. We had no idea the impact it would have on that generation, let alone being able to see it have such longevity three decades later. It is a complete honor and full circle experience for us to celebrate this moment with our longtime friends Prong and Madball, who were both there in the very beginning of the band’s history.”

Earlier this year, Life of Agony’s full-length documentary The Sound of Scars, directed by Leigh Brooks, was praised by fans as well as the media for taking a deep and personal look into the band members’ lives. Stories of domestic violence, substance abuse, and suicidal ideation came out through introspective interviews with the musicians themselves and their respective families. Kerrang raved about its “unflinching” take on family with a 5-star review and the BBC’s Jennie Kermode called it “a highly accomplished piece of work… a story full of pain and struggle.” The film is available for purchase or rent on multiple streaming platforms and is out now as a collector’s edition BluRay through Raven Banner Entertainment. Find out more at soundofscars.com.