Check out this awesome new video from London-based post-punks Binary. It’s for ‘Prisoner’ and it’s delightfully haunting and just a little brilliant. Tour dates for this month are below. 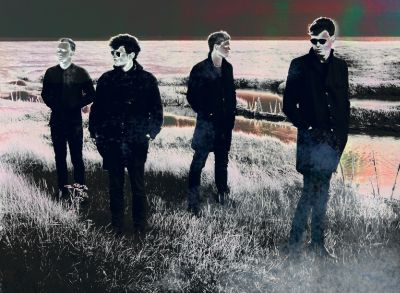 Binary are David Troster (vocals and guitar), Francesco Bondi (guitar and keyboard), Craig Lowe (bass) and Jake Sorbie (drums). Troster formed the band in late 2010 after leaving Yale University, where he was studying molecular biology. On his return to London he was introduced to Francesco Bondi through a mutual friend and the pair began experimenting with production techniques and crafting songs. The line-up was completed when Bassist Craig Lowe joined the band and brought in his childhood friend Jake Sorbie on Drums.

‘Prisoner’ is the London four-piece’s physical single released through Luv Luv Luv Records. They first came to the attention of Luv after they posted their track ‘Turquoise’ online over the Summer.

The band will perform at the following dates: