After the release of his widely received and critically acclaimed debut EP ‘In Arms’, David’s Lyre – brainchild of multi-instrumentalist, singer/songwriter/producer Paul Dixon – is announcing his new single, ‘Hidden Ground’, due for release on October 24 through Hideout Recordings. 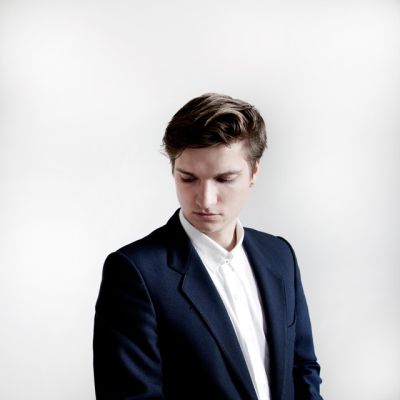 ‘Hidden Ground’ is an achingly beautiful single, understated and yet daring in its approach. Paul’s unique voice floats over the top of his folk arrangements and dubstep rhythms. It’s a unique position, taking some of the best elements of original British music over the years and distilling it into a musical world all of his own. A real step forward, ‘Hidden Ground’ offers a snapshot of what the David’s Lyre debut album will sound like, and is a compelling statement moving forward.

Having previously toured the UK with Chapel Club and remixed the likes of Marina And The Diamonds and Everything Everything, ‘In Arms’ has defined David’s Lyre as an original and exceptional act, an act whose music can’t be tethered to just one genre.

Previous single ‘In Arms’ was Nick Grimshaw’s Single of the Week and Paul and his band performed the EP live at Maida Vale to startling effect – David’s Lyre will take their stellar live performances on the road for a series of UK dates this autumn.