Fresh from a full tour of the UK, Django Django announce the release of their debut album on January 30 with new single ‘Default’ dropping a week prior on January 23 through Because Music. 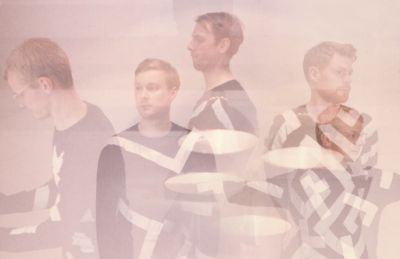 The band have been busy doing great things in the East London bedroom slept in by their drummer, producer and de facto leader David Maclean. Vincent Neff (singer and guitarist), Jimmy Dixon (bassist), and synth operator Tommy Grace make up the quartet, who met at art school in Edinburgh.

UPDATE (DECEMBER 19): It’s been announced Django Django will tour the UK in February, with the following schedule:

Tickets for the tour are available via the following link.

Listen to the new single ‘Default’ here via the band’s official website.