By Editor July 8, 2009 September 13th, 2016 London
No Comments
Erasure will release a six-track EP of classic remixes entitled ‘Erasure.Club‘ on August 10. It will be available digitally and on CD via Mute Records. 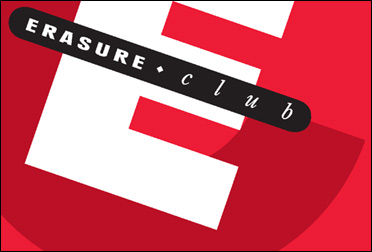 The mixes were released on three promo-only 12″ Erasure singles in 1990 (for club DJs) and have not been commercially released before.
This release includes versions of the singles ‘Ship Of Fools‘ and ‘Sometimes‘ among the six mixes.
The tracklisting is below: