Exeter-based alt-rock band Idiom will release the ‘We Can’t All Be Superheroes‘ mini-album. Produced by former Sikth frontman Mike Goodman and mixed by Andy Henderson. 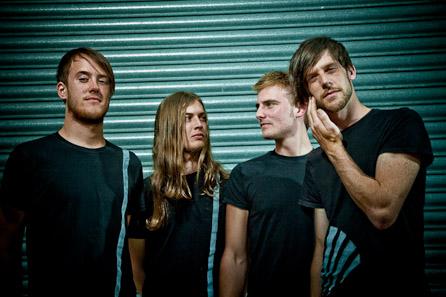 The band have notched up supports with Bring Me The Horizon, Every Time I Die, Cancer Bats, From Autumn To Ashes, Hed(pe), Architects and Skindred and even played the Bulldog Bash and Bloodstock Festivals.

In November Idiom will hit the road with scene stalwarts 36 Crazyfists and Devildriver. Dates are:

The video for ‘True Story‘ (the first single on ‘We Can’t All Be Superheroes‘) is already causing waves on national TV. It features the biggest FMX stars in the UK – Jamie Squibb, Kris Brock, Neil Kirby – being filmed in Devon on their private FMX ranch by director Carl Shanahan. Watch it below:

2010IdiomnewsWe Can't All Be Superheroes