A band who have been rated as one of the UK’s top unsigned bands by Kerrang! magazine release their début EP in February. 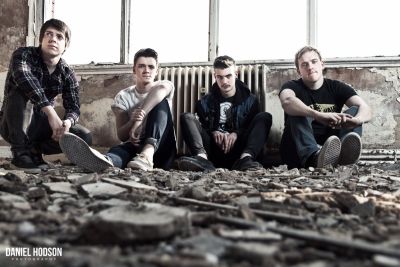 The band’s lead vocalist, Tom Sivell, says of the EP: ‘I think we’d describe parts of [it] as pretty confrontational, so it’s music to let your aggression out on, which is what we do when we’re playing live. ‘Black Ties’ is us capturing our pent-up energy on record.’

The seven tracks on ‘Cravatte Nere’ are:

1 – ‘Something Biblical’ (video below)