Spector single remix in the Pink

Spector have uploaded a free download version of their imminent new single, remixed by fellow London band The Big Pink. 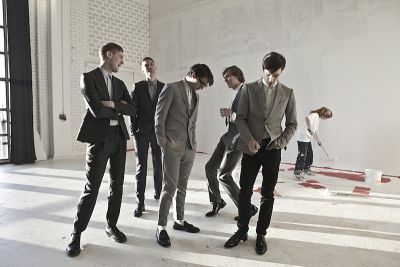 The exclusive remix of ‘Grey Shirt And Tie’ can be downloaded on the Luv Luv Luv label’s Soundcloud page.  The track proper is released on December 5 and its video can be seen below.

Meanwhile, the quintet will be on the road in early 2012; firstly on their own headline tour entitled ‘Spectour II’, and then supporting Florence And The Machine, with dates as follows:

MARCH 2012 (with Florence And The Machine)