The Rapture to take part in an interactive online concert

Home » The Rapture to take part in an interactive online concert

It’s been announced The Rapture are taking part in an interactive online concert where the audience get a chance to shape how the gig is played out. 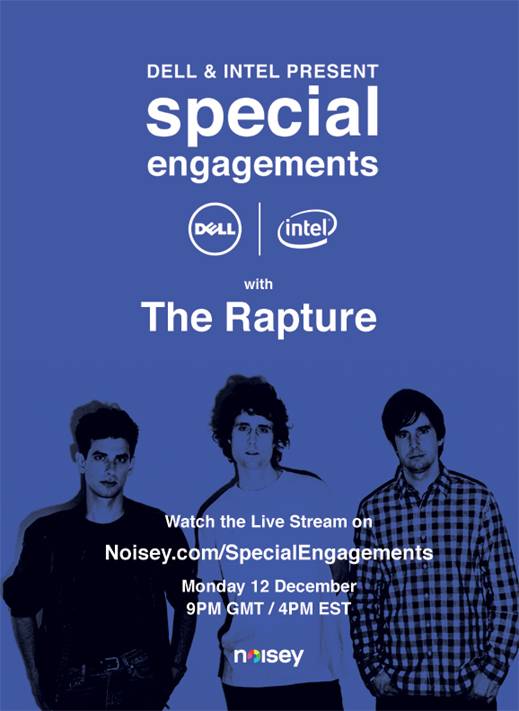 The fourth staging of Special Engagements, organised by Dell and Intel in association with noisey.com, follows live music events so far held in Texas, Berlin and Beijing.  Via social media, fans are being offered the chance to pick songs on the band’s line-up and perform onstage with the band on the night.

The band comments, “We feel quite lucky to engage in far reaching ways to fans all over the world. This sounds like it should be a damn good concert.”

The Special Engagements concert with The Rapture will be streamed via noisey.com on December 12 at 9.00pm UK time, while more information on how you can call the shots with how the concert plays out can be found by clicking here.