Fresh on the heals of their highly acclaimed debut EP ‘The Hurt Kingdom’, East Midland based art-rock outfit To Bury A Ghost have announced a set of shows in support of it’s release. 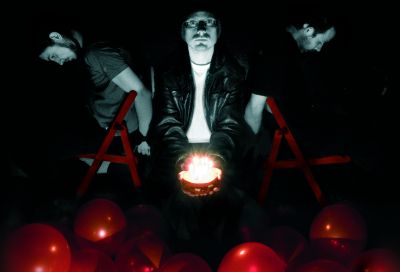 The band, who have been compared to the likes of Radiohead and Explosions In The Sky amongst others, were recently playlisted on Gill Mills’ prestigious ‘Best Of MySpace’ & successfully nominated to represent Northamptonshire at the BBC Abbey Road Studio Masterclass. The group has also confirmed that Chris Fordham of The Silent Committee will be joining their ranks on guitar duties alongside frontman Jonathan Stolber, drummer Rupert Boddington and Marc Bransgrove on bass, to help reproduce their expansive cinematic post-rock sound live.

A set of live dates will see the band air brand new material ahead of a new release later this year. Their debut EP is available for free download now through www.toburyaghost.bandcamp.com

April 16 – Leftbank Bar, Bristol
(with Her Name Is Calla)

May 5 – The Red Lion, Stevenage
(with Honeykill)

May 12 – Vibe Bar, London
(with Run, Walk! What The Blood Revealed, Monroe Effect)