Your Demise on cusp of Golden Age

Details on Your Demise’s fourth studio album have been announced. 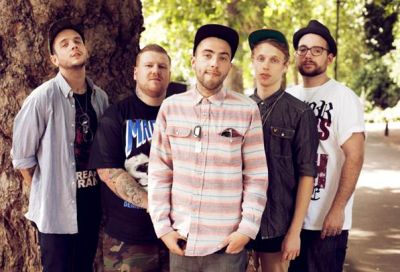 Entitled ‘The Golden Age’ and set for release on March 26, guest spots are promised from the likes of Josh Franceschi of You Me At Six, Jason Butler of letlive. and Theo Kindynis from Last Witness.

The band’s vocalist, Ed McRae, believes the upcoming LP captures Your Demise as bands and individuals: “If we could have written an album like this from the beginning then we would have.”  McRae continues; “Recording it was very smooth – it all happened very quickly because we’re now better at integrating all our influences.”

The band are expected to announce a jam-packed tour schedule for 2012 in the coming months.  Meanwhile, the lead single from ‘The Golden Age’, ‘Forget About Me’, is now available to download (cost 50p) via the band’s website, and the video can be seen below.