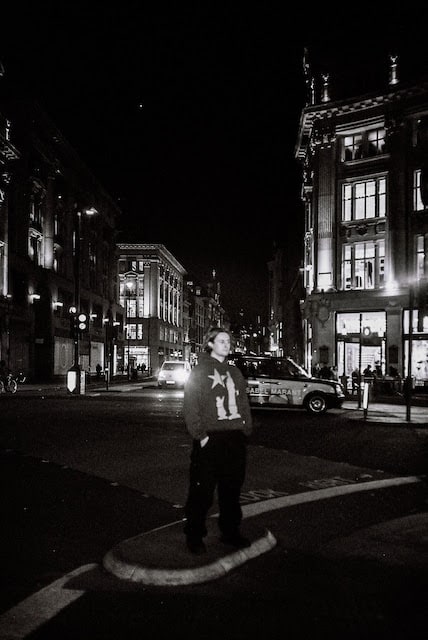 ‘Metaphysical’ is a quintessential club weapon and a masterclass in electronic eclecticism from one of the most versatile producers in the game. Bursting with raw emotion and power, the track couples signature Mall Grab leads and basslines with biting breakbeats and intense drum programming, in keeping with the producer’s idiosyncratic and forward-thinking style. The accompanying video was directed by Liam Oz and follows Mall Grab and friends on a bike ride around London at night, captured using blurred cameras and distorted visuals.

Speaking on the track, Mall Grab explains: “This track is a homage to the music of my adopted hometown, London. I wrote this song in December 2021 just as shows and clubs were coming back and I could finally see all of the people (myself included) losing their shit to music again. Loud, chaotic and euphoric.”

First emerging onto the electronic scene in 2015, Alexander is incredibly well respected in the industry, renowned for his ability to traverse genres across his hi-energy DJ sets. His style has evolved over the years, building from the emotional club music through which Mall Grab first broke through, to more blistering and bass-filled electro and techno. In 2020 he dropped his most divergent release so far, in collaboration with Baltimore hardcore punk unit Turnstile for the remix EP Share a View, and this year sees Mall Grab working on his most ambitious project to date – his debut album (details TBA), that will assimilate all these styles into one coherent record. This month also sees Mall Grab embark on a headline tour across Ireland alongside rising DJ Effy: kicking off the tour in Limerick and finishing with a second date in Dublin, the shows come ahead of a busy schedule that sees him play at Primavera Sound in Barcelona and Parklife, among other festivals this summer. Buy tickets for all dates HERE.