Michigan’s Sleeping With Sirens are excited to announce a full UK in May 2013.  The nine date tour will take them all over the UK (full dates below). 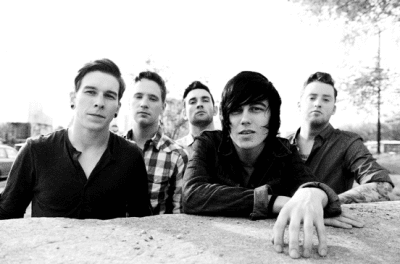 2012 was a big year for SWS, having completed their first ever Warped tour, the band released a new five-song acoustic EP, ‘If You Were A Movie, This Would Be Your Soundtrack’. The band are currently in the studio working on their forthcoming third full-length due out in 2013 via Rise Records.

“Get excited for 2013: There are a lot of big things coming, and this acoustic album’s something to tide you over. Listen to it and enjoy,” says Quinn. “Get ready for the new [full-length] record, because it’s going to be insane. It’s going to be the best thing we’ve ever done. We’re going to go 100 per cent into next year. We’re excited for our band, and our fans, to be part of it. We’re making music that is still going to be the Sleeping with Sirens that everyone loves, but we’re definitely also growing and maturing. We’re always moving toward bigger and better.” says Kellin Quinn (vocals)